Jane Austen's women have been done a disservice 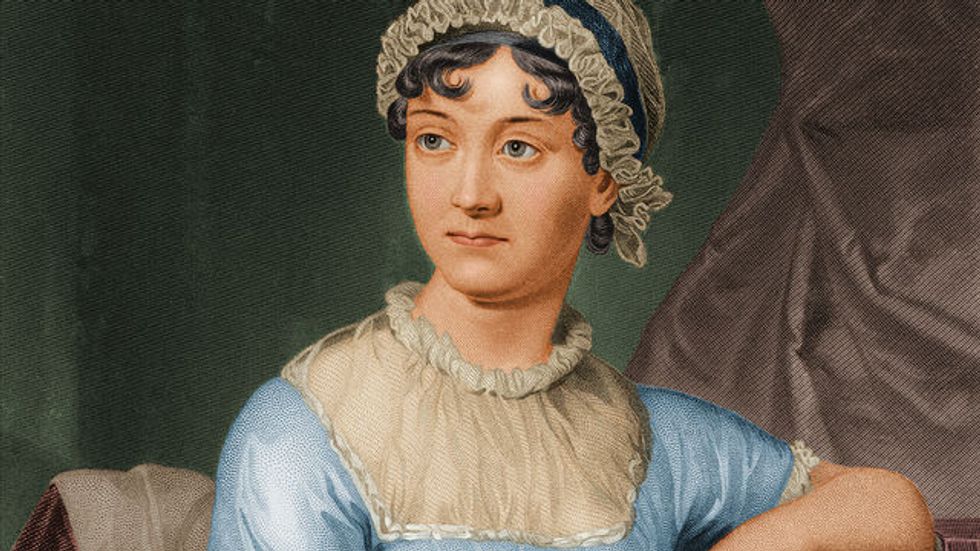 Austen’s Women – a dizzying one-woman show by Rebecca Vaughn fabricated almost entirely of words taken from Jane Austen’s novels – features, in its opening monologues, an extract from Persuasion, containing one of the most explicit feminist protests found in Austen’s work.

Like many of Austen’s more overt protests, it centres on a conversation about literature. In the novel, it reads like this:

I do not think I ever opened a book in my life which had not something to say upon woman’s inconstancy … But perhaps you will say, these were all written by men.

Perhaps I shall. Yes, yes, if you please, no reference to examples in books. Men have had every advantage of us in telling their own story. Education has been theirs in so much higher a degree; the pen has been in their hands.

It is an apt opening for a play that is devoted entirely to Austen’s female characters, minus the men.

Performed at the Sydney Writers’ Festival, following a sell-out season at the Edinburgh Fringe, it features Vaughn, with very little in the way of props or costume to support her, carrying an astonishing 14 characters in the space of a single hour.

It includes the voices of Mrs Elton and Harriet Smith from Emma, Marianne Dashwood and Fanny – that is, Mrs John Dashwood – from Sense and Sensibility, Mrs Norris from Mansfield Park, and, inevitably, of course, Elizabeth Bennet, the crowd pleaser who bookends the show. 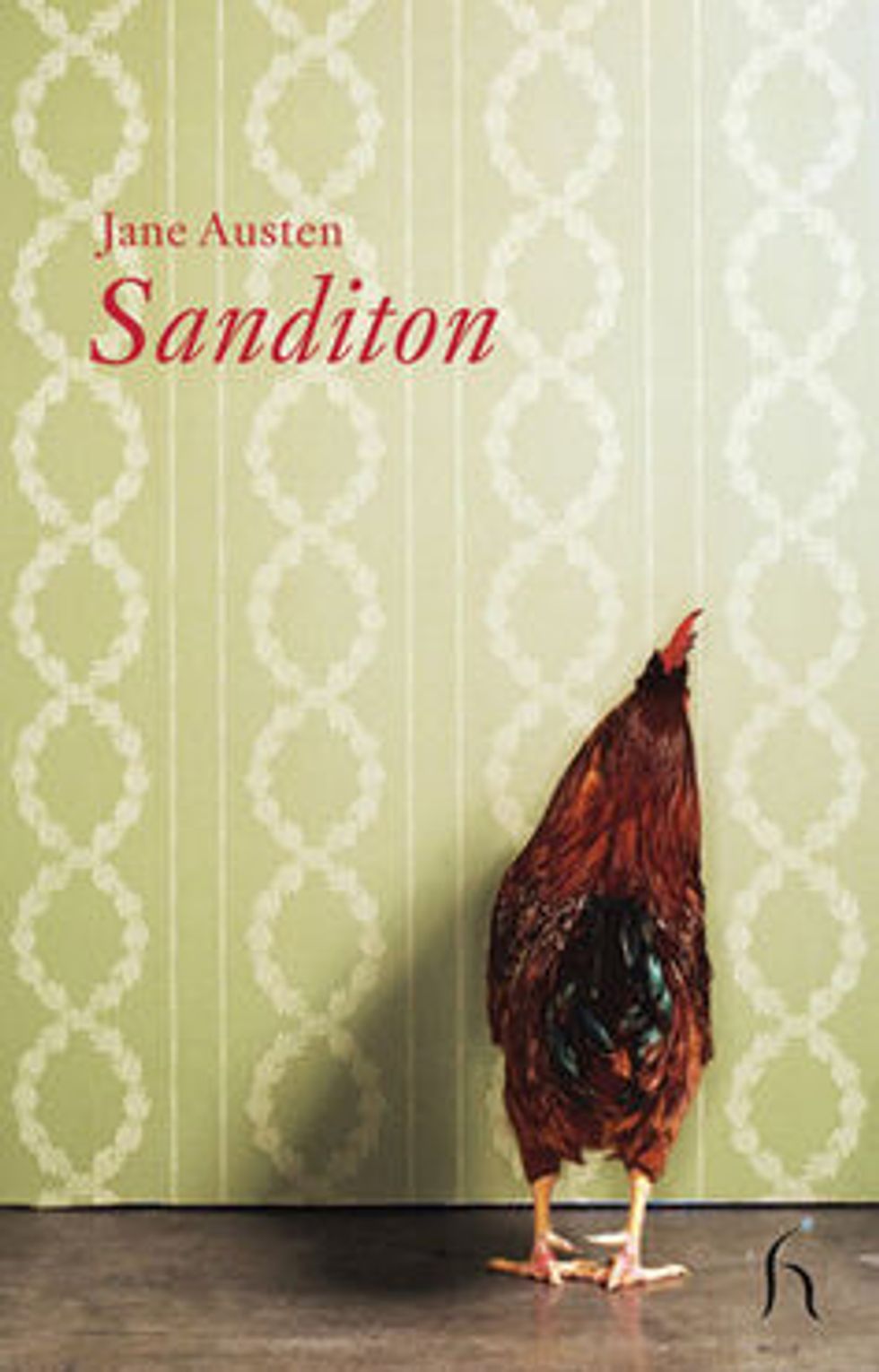 It also features lesser known characters such as Mary Stanhope from The Three Sisters, as she equivocates about an offer of marriage, and Diana Parker from Sanditon, Austen’s unfinished work.

But it’s a problem in this theatrical production that the avaricious and downright silly characters invariably upstage the rest, while the graver, nuanced and more complicated characters fail to materialise.

Hence, the mindless money-grasping behaviour of Fanny – that is, Mrs John Dashwood – comes brilliantly to life, as she harries her wealthy husband to betray the solemn promise that he made his father on his deathbed, leaving his stepmother and sisters to eke out their existence in “genteel poverty”. (“As to your giving them more it is quite absurd to think of it. They will be much more able to give you something.”)

Also stealing the show is the deadly unpleasantness of Mrs Norris, as she tells Fanny – that is, Fanny Price from Mansfield Park – to stop “putting yourself forward” and not be “talking” or “giving your opinion”. (“That will never do”. For Fanny, wherever she is, “must be the lowest and last”.)

It is one of the delights of Austen that there is no unified rule that designates good and bad behaviour. Rather, she asks her readers to think in nuanced and sophisticated ways about the morality of her society, with a weather eye to the economic precariousness of women’s lives in the early 19th century.

“Where does discretion end and avarice begin?” Elizabeth Bennett asks.

This line, delivered in Austen’s Women, is taken from a conversation between Elizabeth Bennet and her Aunt Gardiner. In the novel, it refers to an heiress hunting adventure of Mr Wickham. But in Austen’s Women, the line is passed like an indictment against the lengthy parade of Austen’s allegedly money-grasping female characters. 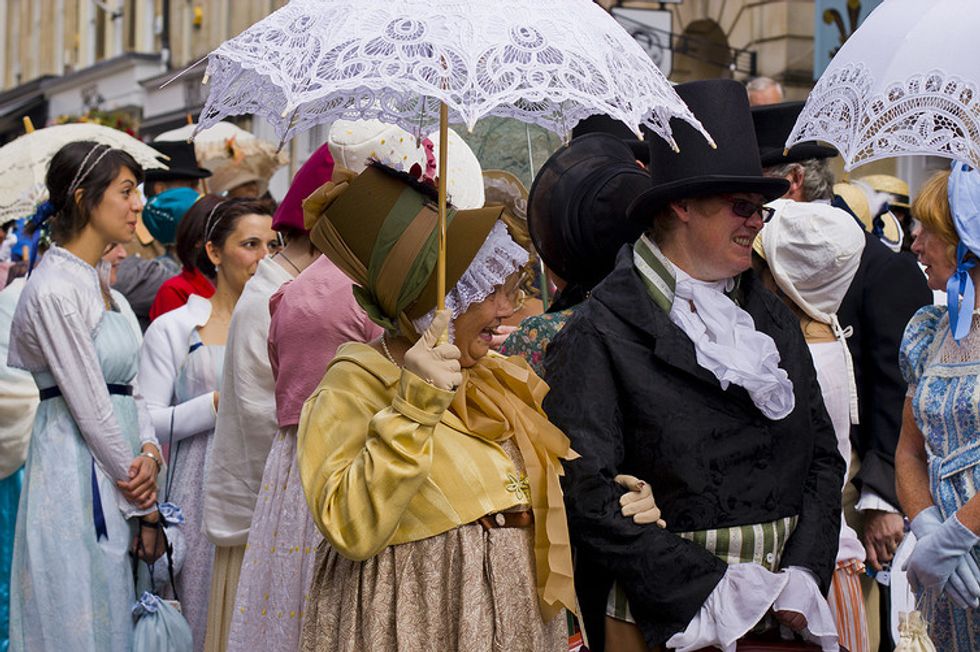 A Jane Austen festival at the city of Bath in 2012.

There are many disconcerting moments in this production when Austen’s women are shown little mercy. Miss Bates, from Emma, “who stood in the very worst predicament in the world” – which was, as always in Austen, “to make a very small income go as far as possible” – but who was always “happy”, is ridiculed without reproof.

By way of contrast, the turning point that precipitates the climax in Austen’s novel revolves around the understanding that such ridicule is cruel beyond measure. (“It was badly done,” says Mr Knightly.)

Nor is there any sense of the doubled-edged irony of Austen’s voice to complicate the action. The line, “They say every body is in love once in their lives, and I shall have been let off easily,” delivered by Emma, may be good for a laugh in this production. But it lacks depth when it is torn loose from the fact of Frank Churchill’s duplicity in misleading Emma, and what the far less happy consequences could so easily have been.

Austen’s Women also misses the sense of the desperate sadness that underpins characters such as Catherine Moorland (“her mind about as ignorant and uninformed as a female mind at seventeen usually is”) or Harriet Smith. (“She had been talked her into love, but alas! She was not so easily to be talk out of it.”)

In the novels, it is this sense of sad deprivation that prevents the reader from dismissing their predicaments as merely trivial or silly.

Vaughn does present sadness, but only the extreme and exaggerated sadness of Marianne Dashwood (“Willoughby, where was your heart when you wrote those words?”) Here the theatricality of the emotion, instead of striking a balance, strikes the audience as absurd. 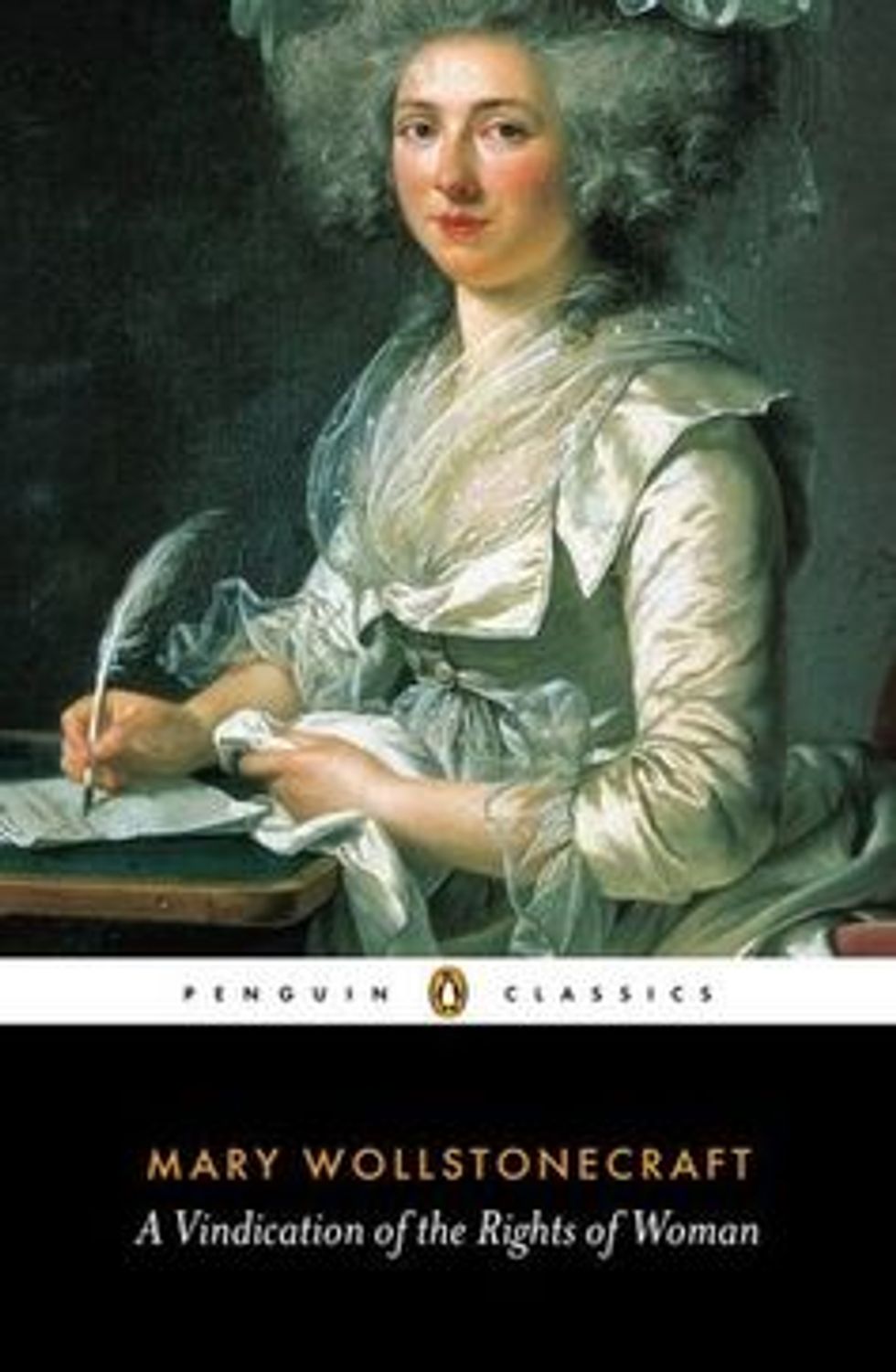 Mary Wollstonecraft’s A Vindication of the Rights of Woman was published two decades before Jane Austen first went to print. But to talk about feminism is to talk about a qualitatively different attitude than anything that was contemplated in the society in which Austen lived.

In Austen’s time, social or economic independence was simply not a possibility for young women of the “gentry” or middle class. The majority of these women – politically and socially disempowered – could not get money except by marrying or inheriting it.

Austen’s Women – that is, women minus the men – is in this sense anachronistic because it presents the audience with a colourful parade of misguided, downtrodden, ignorant and misshapen female characters who begin to visibly unravel once they have been torn loose from the social system that oppressed them.

But there is also something else that’s wrong. Much of the beauty of Austen’s work resides in the fact that she was a stern, albeit endearingly comic moralist.

Her satirising of ignorance and arrogance is always interleaved with a portrayal of more the understated Austenian virtues such as, for example, “civility”, “propriety” and “integrity” – that is, the balance of qualities – that make for a complete character.

The problem with this production is that too much is devoted to the show of “ignorance” and “avarice”, and too little to “discretion”, “prudence” or indeed “affection”.