Lil' Kim and the unbearable whiteness of being 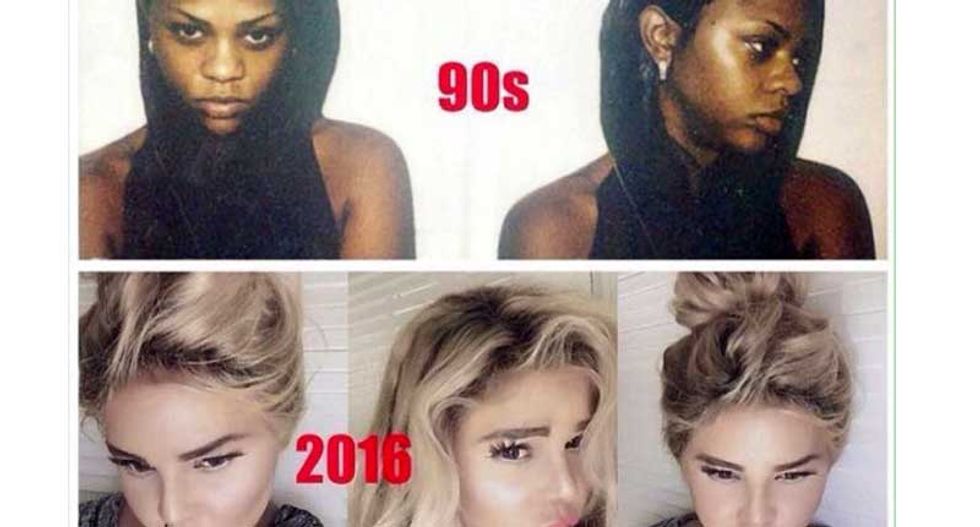 This week the world saw – via that new, visual means of wildfire gossip-mongering known as “trending on social media” – Lil’ Kim’s new face and hair. For anyone who doesn’t know Lil Kim, she isn’t a teenage Instagram model – born Kimberley Jones in 1974, she’s one of the most successful female rappers the world has ever seen. And, assuming it matters, she used to be a black woman.

But after years of plastic surgery and progressive skin-bleaching, and who only knows what she’s done to her hair, she’s not black any more. Kim, who seems like a genuinely sweet, if vulnerable woman, explained back in 2000 that she’d always been told by men – “even the ones I was dating” – that she wasn’t pretty enough. Well, OK. But I doubt there was a single black person on this earth – male or female – who didn’t look at Lil’ Kim’s new, white face and feel a deep, inscrutable pain. Because Lil’ Kim just announced to the whole world that as far as she’s concerned, Black just isn’t Beautiful.

Now, we can blame “racist”, “sexist”, “heteronormative” society for this. We can blame Instagram. We can blame the unrealistic photoshopped advertising images that saturate our screens and, by extension, psyches. We can bleat about “intersectionality” and “patriarchy”. We can blame the music industry. We can blame Barbie, Mattel and Malibu Stacey. If we were really struggling we could do our best to blame Kim Kardashian.

But just for a moment, let’s not blame anyone for the fact that Lil Kim has such a compromised self-image – and let’s not equate Kim with Rachel Dolezal, the white NAACP leader who purported to be black, last year claiming a controversial “transracial” identity. Dolezal may have permed her hair but she never changed her features or her skin tone, nor was she filled with tragic self-loathing. Dolezal’s attitude was rather one of entitlement.

For now, let’s just accept all this without trying to blame anyone.

Wanting to be white

Unfortunately I understand all too well how Lil’ Kim (or Lil’ Vim, as someone I know unkindly dubbed her – referencing a brand of “extra-whitening” scouring powder) has ended up the way she has. 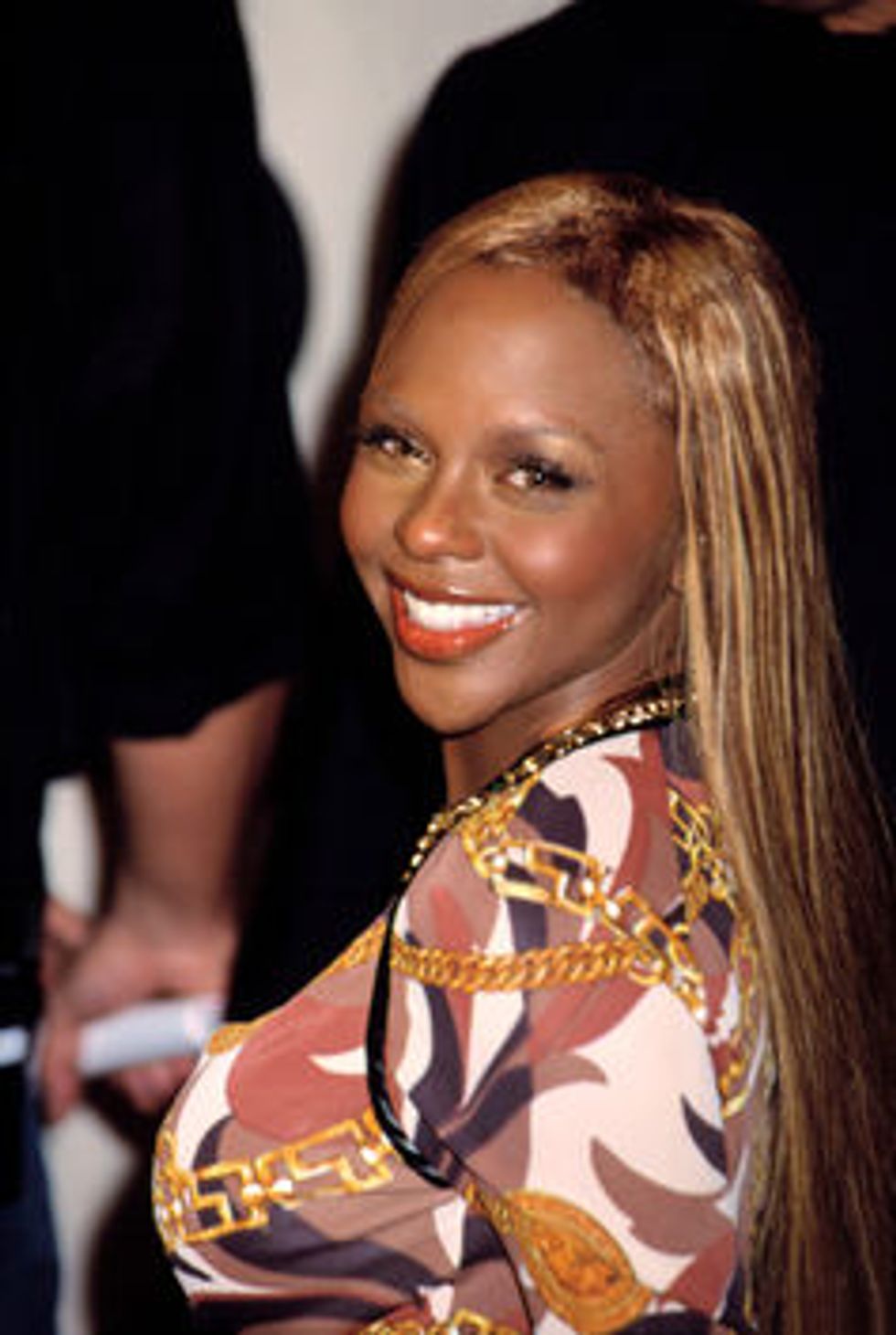 Kim and I are the same age; when I was a little girl, I also wanted to be white. And it wasn’t because I thought white people were “cool”. It was because I believed that not being white made me ugly by default. My (white) mother was so uncomfortable with my black genes that she told me I was of South American, rather than Jamaican (and ergo African), descent – and I believed her. Why wouldn’t I? I was in my teens before I found out the truth.

Rather than use make-up and plastic surgery to reconstruct a self-identity, I threw myself into books. Chiefly anything by or about Malcolm X, or any of the Black Panthers – aged 15 I read Roots, all 700 pages of it. When I was 16, a copy of Frantz Fanon’s 1952 classic Black Skin, White Masks was given to me by white schoolfriends amused by my new militant stance and whose motives, I suspect, were slightly tongue-in-cheek. Those books did for me what no amount of reconstructive surgery could have done. Fanon, a psychiatrist from the French West Indies, wrote about the psychology of blackness as a legacy of colonisation and white supremacy. What all those books told me was that: this internalised self-image of black ugliness, black inferiority – it’s a lie. And one that’s taken root inside, deep; like a particularly insidious form of brain cancer. 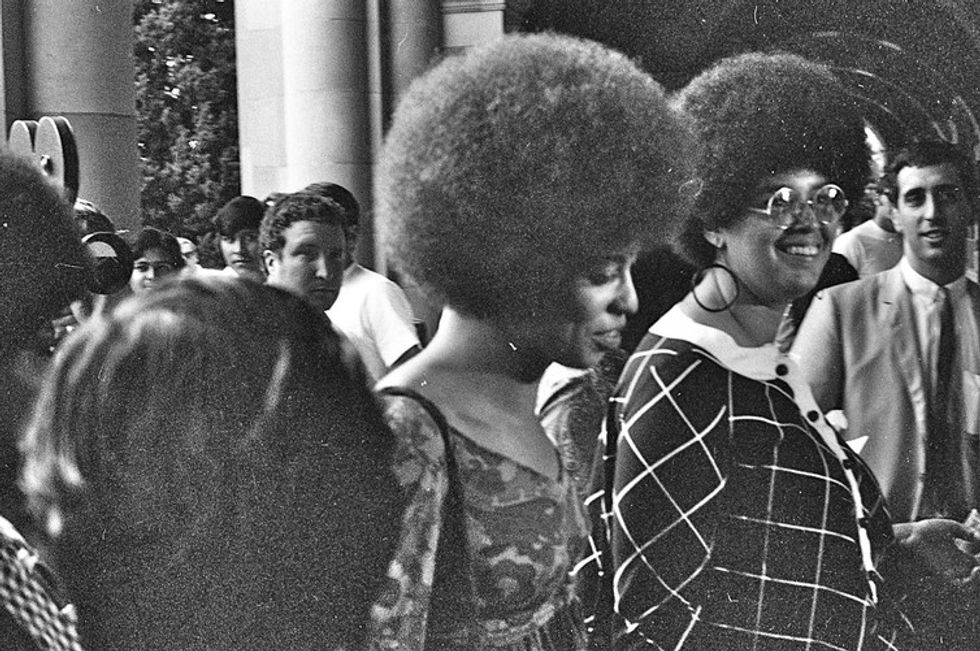 Although I read a lot, those were pre-internet days. It was only recently, via video footage, that I understood quite how aesthetically beautiful the Black Panther leaders were, in their black leather jackets and berets. Huey Newton was like a pin-up, Kathleen Cleaver and Angela Davis were not only beautiful women with fashionable afros – they were brilliant, articulate and outspoken women at the forefront of a thwarted revolution. In 1968 Kathleen Cleaver told an interviewer:

For so many, many years we were told that only white people were beautiful; that only straight hair, light eyes, light skin, was beautiful; and so black women would try everything they could to straighten their hair, lighten their skin, to look as much like white women. But this has changed, because black people are aware.

Well, I wish Lil’ Kim had been aware. Come to that, when I was ten years old, well after the rise and fall of the Black Panther Party, I wish I had been aware.

This year marks the 50-year anniversary of the birth of the BPP and the cry that “Black is Beautiful”. It’s not true to say that nothing has changed in the interim period – much has changed, although progress is never guaranteed to happen in a straight line. Perhaps what none of these writers and revolutionaries could have foretold 50 or 60 years ago was that the psychology of colonisation would persist, invisibly, even when laws and statutes are in place to protect the rights of all.

Without blaming, let’s just accept this fact for what it is. And now I ask you: is it acceptable?