'Medical thinking' killed Prince, according to this anti-vaxx chiropractor 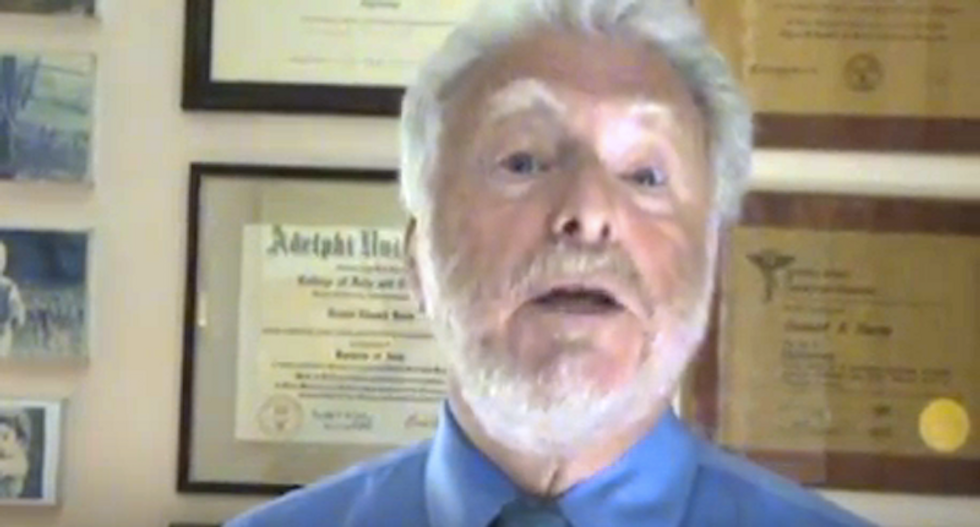 Prince's death last month has prompted a lot of speculation about drugs and pain -- but it would be hard to find a flimsier argument than one posed by a California chiropractor.

Donald Harte, who operates a chiropractic practice in Corte Madera, issued a press release last week tied to the music legend's death in his ongoing campaign against medical science.

"We have a clearly idiotic but all-too-common case of Medicine making business for itself," Harte said in his press release. "It is clear that Medicine, in general, is about suppressing symptoms rather than achieving health. In this case, Prince's case, the result is quite the opposite: death."

Prince suffered from chronic pain in his hips, which he treated with opiates, but Harte suggested the musician could have instead relied on the form of alternative medicine he practices.

"When chiropractic care is available, to deal with the causes of pain, as well as other health issues, it is just plain stupid for doctors to merely cover up pain, as a main mode of care," Harte said.

The American Medical Association is highly suspicious of chiropractors, although physicians may ethically associate with chiropractors they believe can help their patients and even teach at recognized chiropractic schools.

That mistrust goes both ways -- especially in Harte's case.

"Legal drug addiction is becoming epidemic," Harte said. "Prince was but one victim, a victim of medical procedure, and of medical thinking."

Harte, like other adherents to chiropractic treatment, believes pain and disease are caused by pinched nerves, which can be treated by manipulating displaced vertebra.

He believes doctors and other medical practitioners are in the "business" of selling surgeries and drugs -- which the Marin County chiropractor believes are unnecessary and even dangerous.

"This 'iatrogenic,' or medically-caused explosion of addiction has created and sustained a whole new medical specialty, drug rehabilitation," Harte said, lobbing an attack against a Marin County addiction specialist who treated Prince -- and who could face drug charges in Minnesota.

"As a gross example of the lack of shame by the medical profession, there was a medical building in San Rafael," Harte said. "The front was 'pain management.' The back was drug rehab. The building has been torn down. I believe that the doctor has been indicted."

That doctor, Michael Roger Chiarottino, was indicted in 2014for unlawfully prescribing and distributing oxycodone, hydrocodone, oxymorphone, hydromorphone and methadone.

There's no apparent connection between that physician and Prince, other than Harte's continuing fury against medicine.

The chiropractor has also aimed his wrath against vaccines -- which he describes as poison.

Harte protested a campaign in 2011 to vaccinate Marin County schoolchildren against whooping cough, and the chiropractor dosed a glass of apple juice with automotive anti-freeze at a public meeting and offered it to the county's public health officer as a political stunt.

"No, thanks," said Dr. Jason Eberhart-Phillips, who recommended the vaccination program, which ultimately passed.

Watch Harte explain his beliefs in chiropractic treatment in this online video: