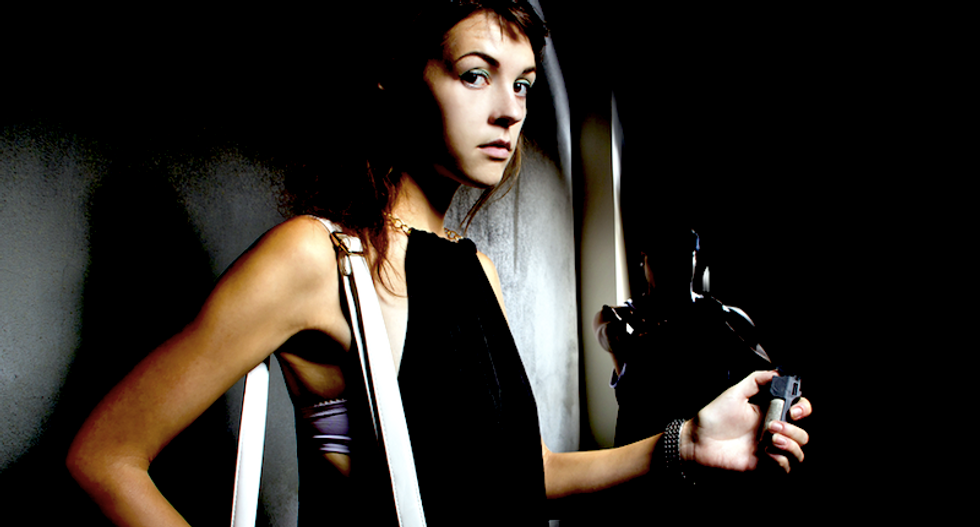 A North Carolina high school will allow students to carry pepper spray, razors and other items which one board member suggested they might need to defend themselves against transgender classmates they encounter in the bathroom.

The Rowan-Salisbury Board of Education removed prohibitive language in its policy on defensive weapons this week but will continue to debate which items will be allowed on campus, reported the Salisbury Post.

One school board member said pepper spray and other chemical irritants should be allowed in case a court strikes down the state's controversial HB2, better known as the anti-LGBT "bathroom bill."

“Depending on how the courts rule on the bathroom issues, it may be a pretty valuable tool to have on the female students if they go to the bathroom, not knowing who may come in,” said board member Chuck Hughes.

"Actually, LGBT people — often targeted by bullies — might have more reason to carry pepper spray than most students," the editorial board wrote.

Board members agreed to allow chemical irritant and other defensive items onto school property, rather than requiring them to remain locked in student vehicles, so students would not violate the ban if they forgot to remove the items from their purses or pockets.

"I don’t want to put the students in this weird situation when they didn’t really do anything, they just happened to forget to check their purse every single day,” said board member Travis Allen.

A local gun shop owner said he was concerned about the policy, saying he does not sell pepper spray and similar weapons to customers younger than 18 years old.

Allen dismissed concerns about allowing items designed specifically as defensive weapons, saying he could harm someone with a spray bottle of Windex or ammonia -- or even by using a laptop computer as a weapon.

Board members agreed to allow students to carry disposable razors, as well -- although they maintained a ban on straight-edge razors.

After some disagreement on razors, board members agreed to specify that personal razors should be used for shaving only while at school.