Nixon's playbook: How the Philly protests could hand Donald Trump the 'law and order' vote he needs 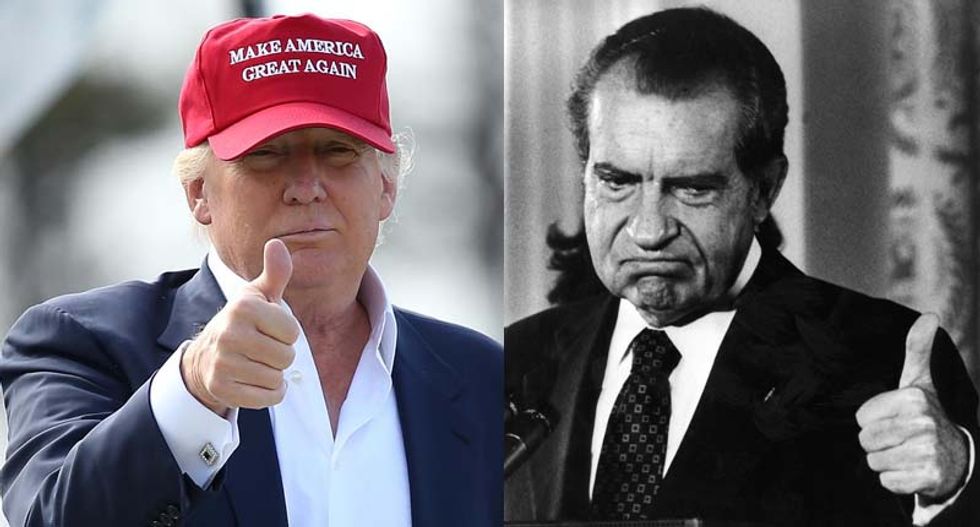 Despite assurances from Bernie Sanders campaign manager that, "There's not going to be any violence in Philadelphia ...I guarantee that," it is almost a dead certainty that protesters are going to hit the streets of Philly in July and give the GOP and Donald Trump just what they need to avoid, if not a loss,  a shot at avoiding an election wipe-out.

Saturday night's brouhaha at the Nevada Democratic convention devolved into a screaming match that led to shoving, pushing and chair-throwing over procedural challenges and a fight over awarding seven out of 12 available delegates to Hillary Clinton.

Keep in mind that was specifically a fight over just two delegates out of the total of 4,763 who will be attending the July convention, so it was like squabbling over a nickel found on the floor.

But out of that came death threats against Nevada Democratic Party head Roberta Lange.

Now that the Republicans are gritting their teeth and have resigned themselves to an unholy matrimony with Donald Trump, Democrats could not have picked a worse time to start falling apart like a Bristol Palin engagement.

It would be understatement to say that "tensions are high" in a primary season where the overriding belief of Bernie's most ardent fans is that Clinton is "stealing" the nomination from the rightful heir, so it is very likely they will turn out in force in July in Philly for the media spotlight they believe has ignored them.

I think that it is safe to say that Sander's campaign is the child of Occupy Wall Street and, like Occupy, the end game is likely to be hijacked by every loon with a personal grudge and people who want to see things burn like the Black Bloc anarchists who took over Occupy Oakland.

They don't have a point, but they do make for better TV than a reading of the party platform in the convention hall and the media will surely accommodate them.

If Bernie campaign manager Jeff Weaver thinks his candidate can control what happens on the street, then he is more deluded than his statement that he can flip superdelegates would indicate.

Protesters going "wild in the streets" is exactly waht the GOP wants as they attempt an extreme makeover of their candidate to make him more palatable to white suburban voters and fence-straddlers who may be repulsed by his racism and misogyny -- but fear chaos even more.

Enter Donald Trump, who will promise to make America great again by restoring law and order.

In 1968, a deeply divided Democratic Party went to Chicago and promptly went to war with itself while a battle raged outside the International Amphitheatre between Richard J. Daley's police department and protesters who were sick primarily of the Vietnam War and what they believed was the war party.

In a country already roiled by riots in major cities, former Vice President and failed 1962 gubernatorial candidate Richard Nixon was able to resurrect his his all-but-dead political career as a law and order candidate, even after promising, "You won't have Dick Nixon to kick around any more."

And this is how:

Now imagine GOP message masters creating an even more effective ad in a era when you don't even need to to buy TV time for it to go viral, featuring clips from this Philadelphia protest:

..if it goes south and turns violent.

Then imagine that ad also featuring images like this from Occupy, Baltimore and assorted Black Lives Matter and May Day protests: 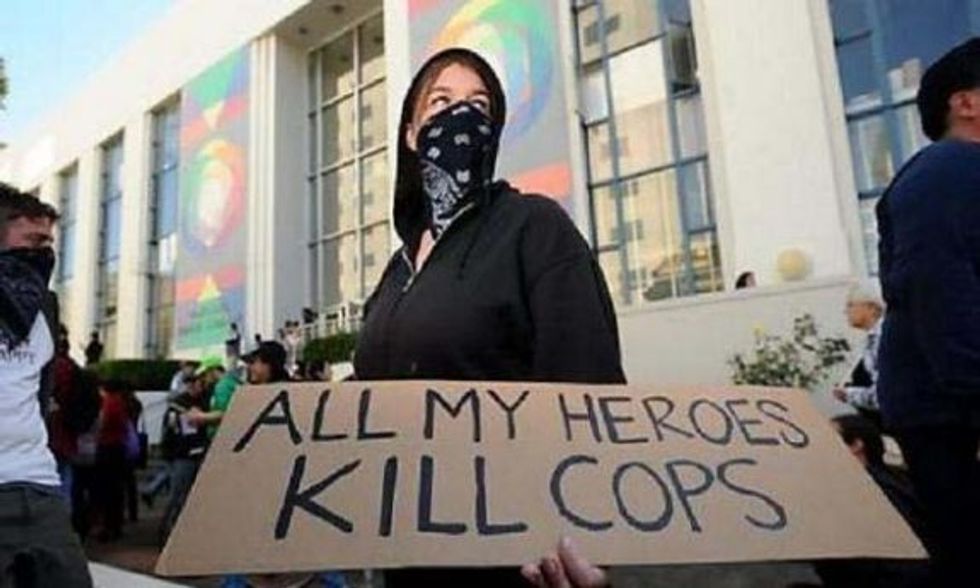 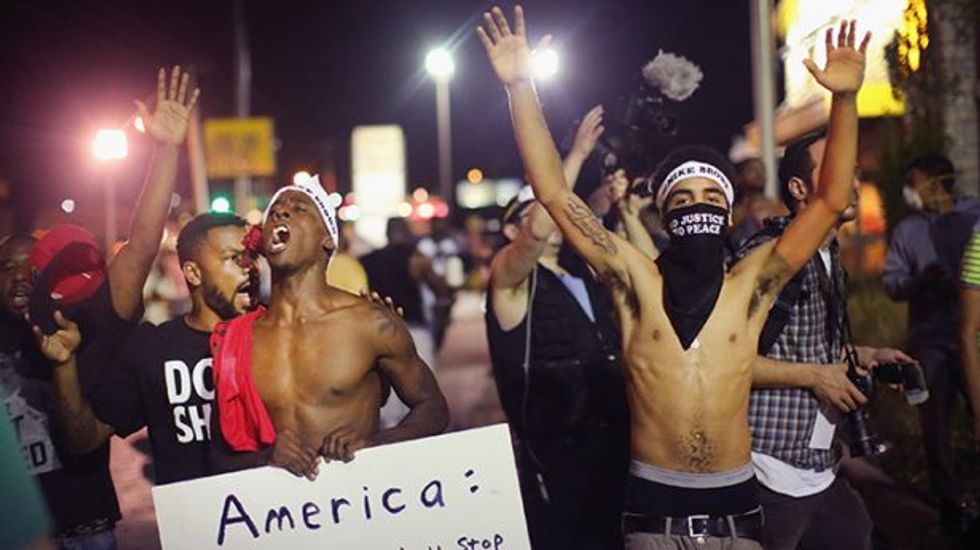 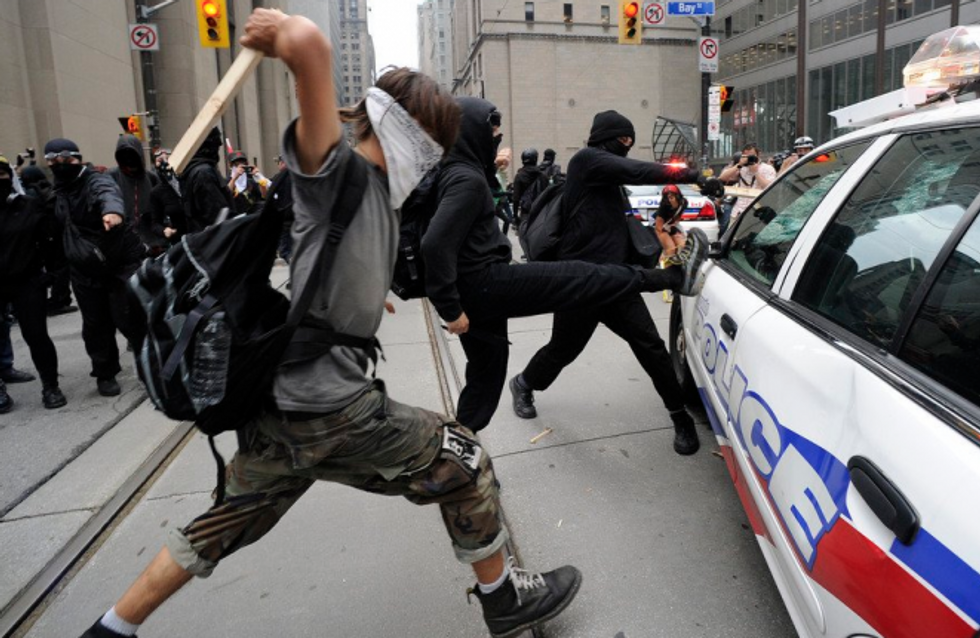 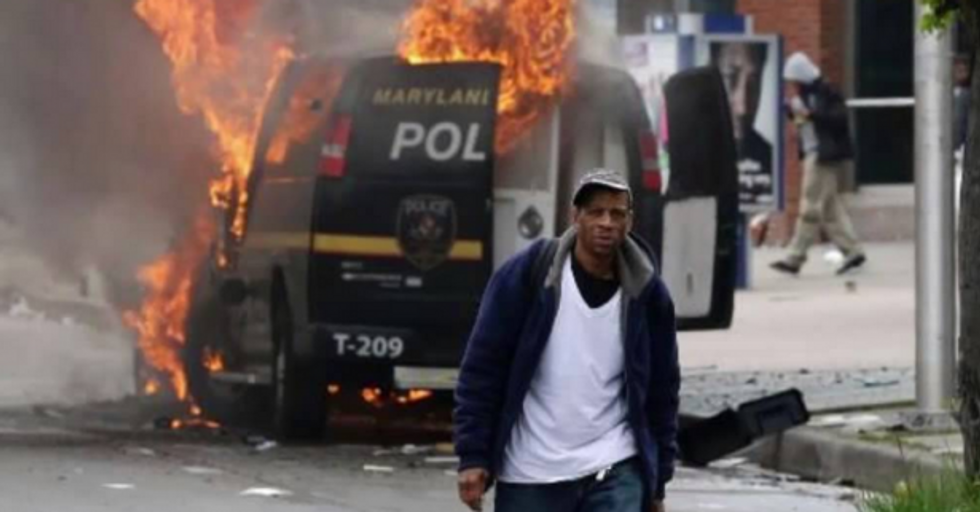 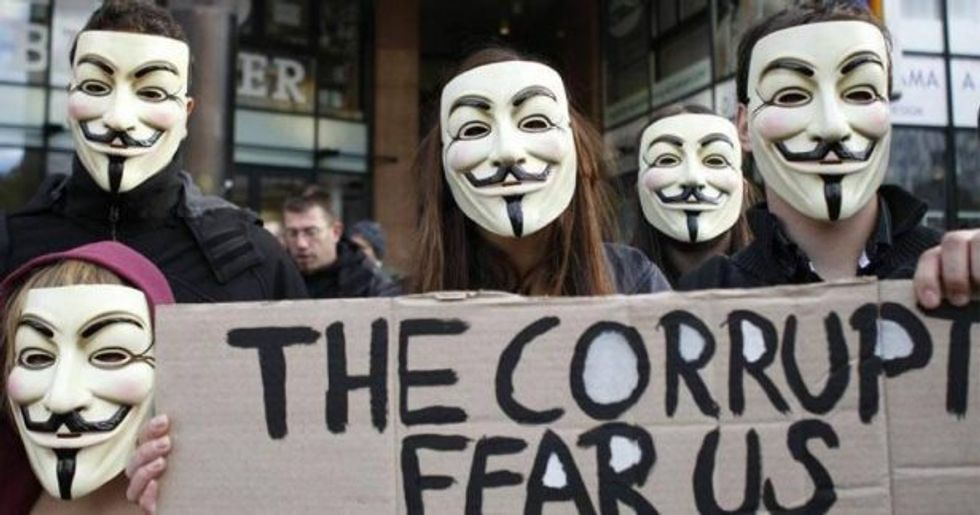 Of course, this isn't to say that, should the Philadelphia protests go off without a hitch, the GOP will shelve plans to make Donald Trump 2.0 the law and order candidate du jour. But a smashed window here, the bloody face of a Philadelphia cop there and a car on fire just down the street linked to protests over the past few years will make a mighty fine video that will be shared on Facebook by frightened housewives everywhere.

Remember: the GOP brand is fear of the other and of the scary. Donald Trump just needs them to expand his demographic a bit more to give his campaign a jolt in the same way they brought Richard Nixon back from the dead.

By making America afraid again. -- and not just of the Muslims.