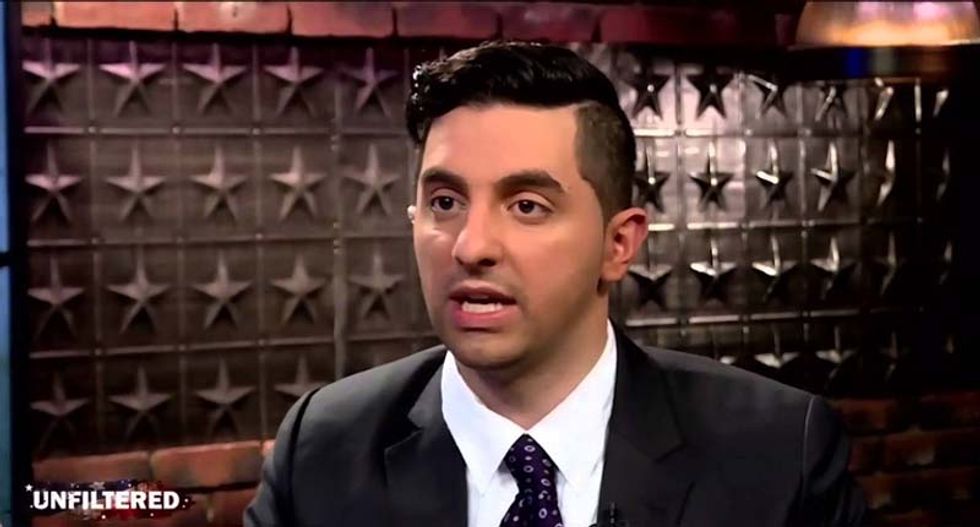 An interview with a BBC radio host ended abruptly when a Trump supporter attempted to justify the candidates proposed ban on Muslim immigrants in the U.S. by citing a sexual abuse scandal in England that began almost 20 years ago.

Calling in to BBC 5, Ryan Girdusky, a writer for Red Alert Politics, claimed that American's overwhelmingly want to clamp down on Muslim immigration because of terrorist attacks.

Gidursky attempted to reinforce his point by noting a prostitution ring dating back to 1997 run by five British-Pakistani Muslim men in Rotherham.

"A lot of the time, terrorist attacks are created by Muslims," Gidursky told host Dotun Adebayo. "Whether you like it or not, England has its own problem with Muslims up in northern England, raping little white girls. They don't want to --"

“That’s true, did that not happen?” Girdusky persisted. “Did they not target little white girls?”

“Did that not happen?” Girdusky pressed.

“Actually no, that’s not true as you know,”Adebayo stated.

“So Pakistanis did not rape white girls in Rotherham, England?” Girdusky continued.

“I’m not even going to engage in this conversation Ryan. It’s really beneath me and beneath you as well,” Adebayo stated before shutting down the interview and telling his audience, “I do apologize for anything [Girdusky] says that might be offensive.”