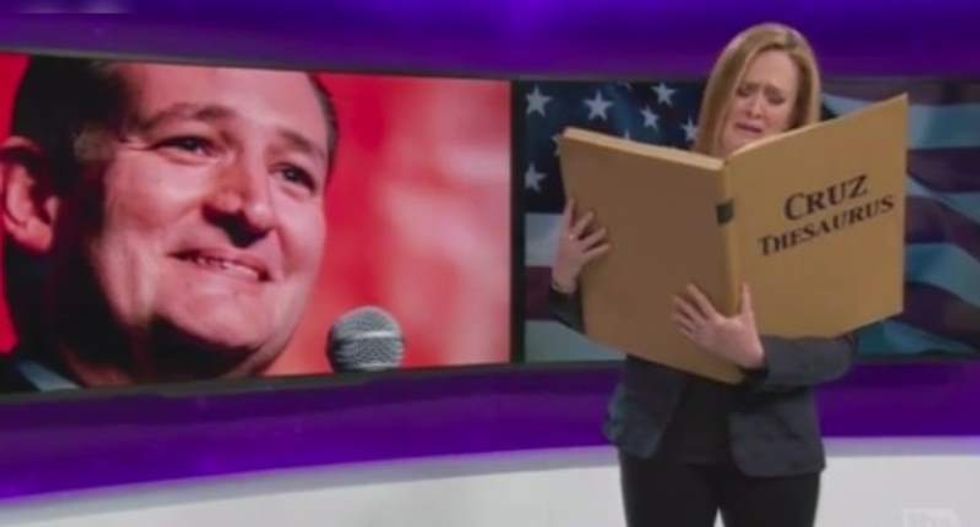 Samantha Bee was forced to bid a tearful farewell to Sen. Ted Cruz (R-TX) and his presidential campaign, not even three pages into her thesaurus of nicknames for him.

The Tea Party lawmaker ended his run for the presidency last week after getting thumped in successive primaries by presumptive nominee Donald Trump, but not without giving himself one last awkward moment following his concession speech, which Bee commemorated with footage of Creature From The Black Lagoon.

The host also took a moment to bid adieu to Ohio Gov. John Kasich (R), who exited the race shortly after Cruz.

"Hope you enjoyed your eggs -- since you won't be controlling mine," she said.

Watch Bee's commentary, as posted by Crooks and Liars on Monday, below.

As an added treat, Bee invited singer Michelle Branch to rework her hit "Goodbye To You" into a tribute to the lawmaker. A large portion of the song aired during the segment, but you can see the full version here.