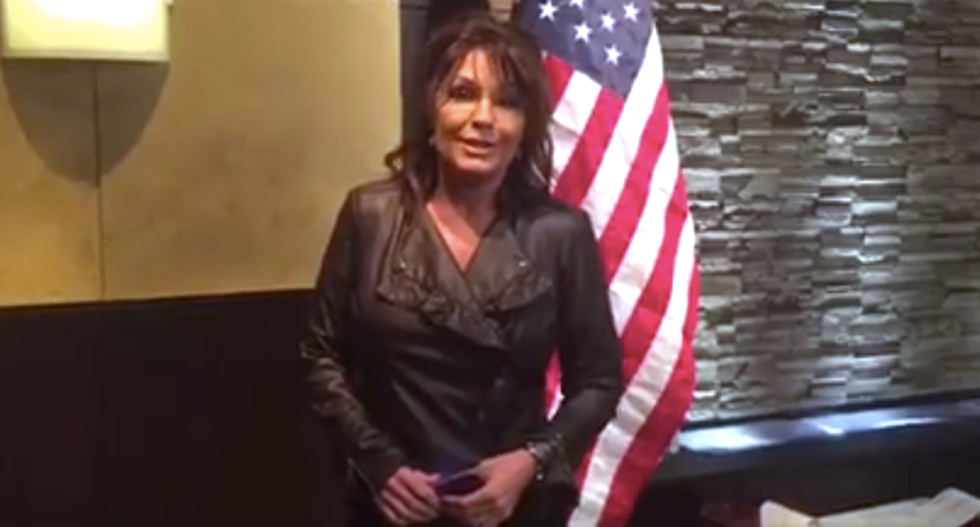 Donald Trump is the presumptive Republican nominee after thrashing Ted Cruz in Indiana, and Sarah Palin said some words because that's what she does.

"To all of you who believed in making a real difference in our politics and in the way things have been done in the past that have put America in a pretty precarious position," Palin said. "Thank you so much for supporting Trump and believing in this idea of being able to make America great again. We're finally on the road to do so, but we do have to unite first."

The former half-term governor of Alaska and failed GOP vice-presidential candidate imagined a Trump coalition that included "GOP and independents and smart Democrats."

"Truly it is time to come together, pull together -- remember that united we will stand, our country will stand united," Palin said. "Divided, we're going to fall. So now, after participating in some really healthy, kind of arduous competition, and now, more than ever, it's time to come together and put some differences aside. Stand on principle, that principle that, yeah, we have opportunity to make America great again."

"We've needed a revolution, and we've found our revolutionary," she added. "Thanks for all your hard work. Congratulations, Donald J. Trump -- and here we go, on the road to make America great again."