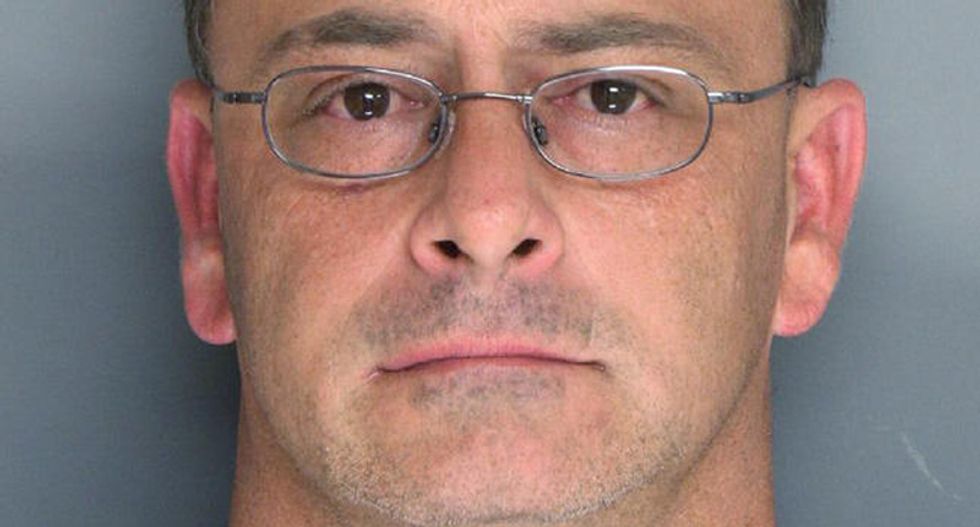 Using the "stand your ground" defense, a Goose Creek man was granted bail on Monday in the shooting death of two men whose bodies he burned after he killed them, the Post Courier is reporting.

James Edward Loftis, 39, is facing murder charges in the deaths of taxi driver Guma Oz Dubar, 46, and his friend James Cody Newland, 32, on March 5 after they demanded he pay his fare following a ride home from a strip club.

While Loftis has given police varying accounts of what happened that evening -- once saying he invited the men in, while another time saying they barged into his home --  several facts are not in dispute.

Loftis admitted that he shot both men before dragging their bodies outside his house, where he placed them in a shallow grave and set them on fire along with his bloody clothes before burying them.

“They were essentially just slow-cooked inside the grave site,” Deputy Solicitor Bryan Alfaro said during the bail hearing.

Conceding that what Loftis did was "heinous," his attorney defended his client saying he was within his rights to defend himself in his own home under the state's "stand your ground" laws.

“He’s a human being,” Stephen Harris said. “He freaked out and thought he was going to prison, so he tried to hide the bodies. Nobody knows how you’re going to react when you kill two people.”

Circuit Judge Markley Dennis agreed to allow Loftis to post $250,000 bail, saying his choice of the defense makes him less of a flight risk.

“The only way he will ever be able to resolve that is to ... have his day in court,” Dennis explained.

The S.C. Protection of Persons and Property Act — also known as the “stand your ground” law — gives homeowners the right in many circumstances to use deadly force against people breaking into their houses.