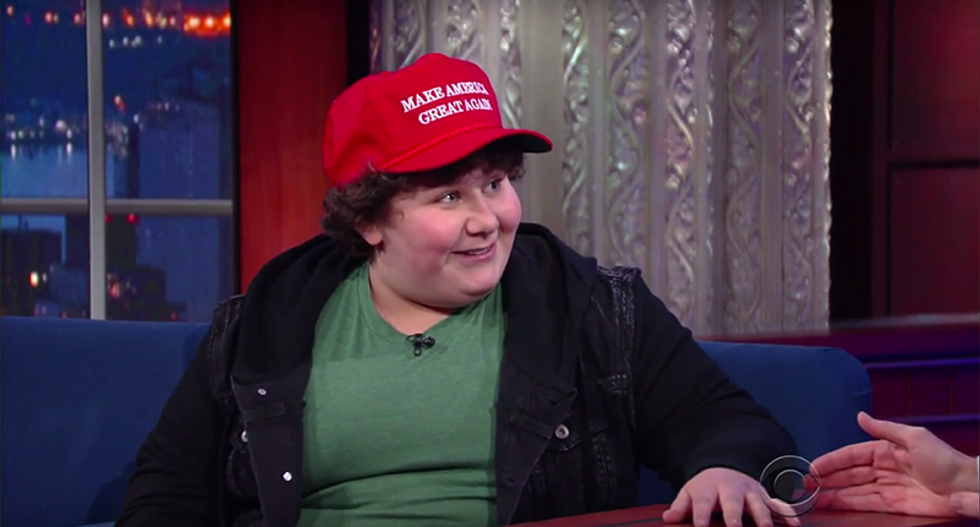 Donald Trump isn't exactly the best judge of what is or isn't crazy. Trump attacked Sen. Bernie Sanders (I-VT) Wednesday morning on "Fox and Friends," yesterday morning, calling him "Crazy Bernie." "Late Show" host Stephen Colbert urged Sanders not to take the nickname lightly because Trump's nicknames have been responsible for ending the campaigns of several of his opponents.

Jenkins thinks these nicknames always catch on because the campaign has invested in focus groups. "You know, we don't just pull this out of our hats. Our first choice wasn't 'Little Marco.' First, we started with 'Sweaty Marco.' And then we went to 'Dye-a-Rubio.' And then we tried 'Marco Booby-o.' Off the charts for a few minutes, we actually called him 'Marco Pubey-o.'"

Apparently the team did this with every candidate. If Rand Paul was still in the race, they'd be calling him "Bland Balls." Then there's "Carly Pee-orina," "Jeb Tush," "Ted Poo's," "Snot Walker" and "Ass Kisstie."

When asked whether these kinds of names making fun of candidates for president are good for our democracy, Jekins called the host "Stinky Col-butt."

Check out the full (satirical) interview with Timmy Jenkins below: