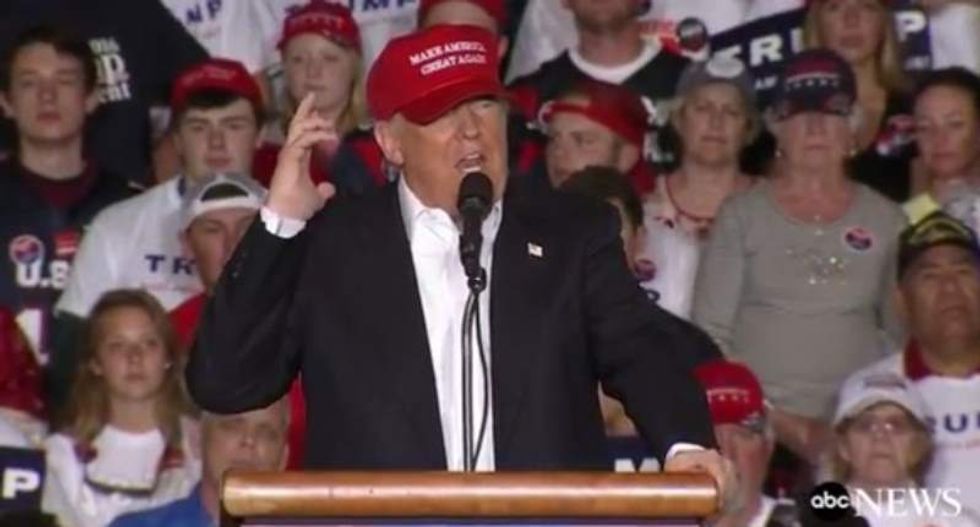 Donald Trump woke up Wednesday morning after his wins in West Virginia and Nebraska ready to throw some stones.

"I don't want to hit Crazy Bernie Sanders too hard yet because I love watching what he is doing to Crooked Hillary. His time will come!" Trump tweeted.

Trump them repeated the "crazy Bernie" nickname in an interview with "Fox and Friends," attacking the Vermont senator.

"I call him crazy Bernie because he's not very good," Trump said in the interview. "Who's going to run against a socialist and lose?"

Sanders was the West Virginia primary winner Tuesday night, and in his speech he attacked Trump for his values. "But I believe that it is not enough to just reject Trump – this is an opportunity to define a progressive vision for America," Sanders said.

"Everything really about Hillary is rigged," Trump also said to Fox. "She looks like she'll be able to run," he continued, commenting on the federal investigation into her emails.

Trump’s new favorite nickname might not have been his own creation, however. He may have gotten it from Rush Limbaugh, who used the term on his radio program just 15 hours before Trump started using the term.

“Can you imagine if Trump had decided is to run as a Democrat, and was doing the same thing to Hillary that Crazy Bernie is, and she was getting the delegates?" Limbaugh asked rhetorically "Whoa. That'd be worth the price of admission.”

Check out the Fox News interview below: