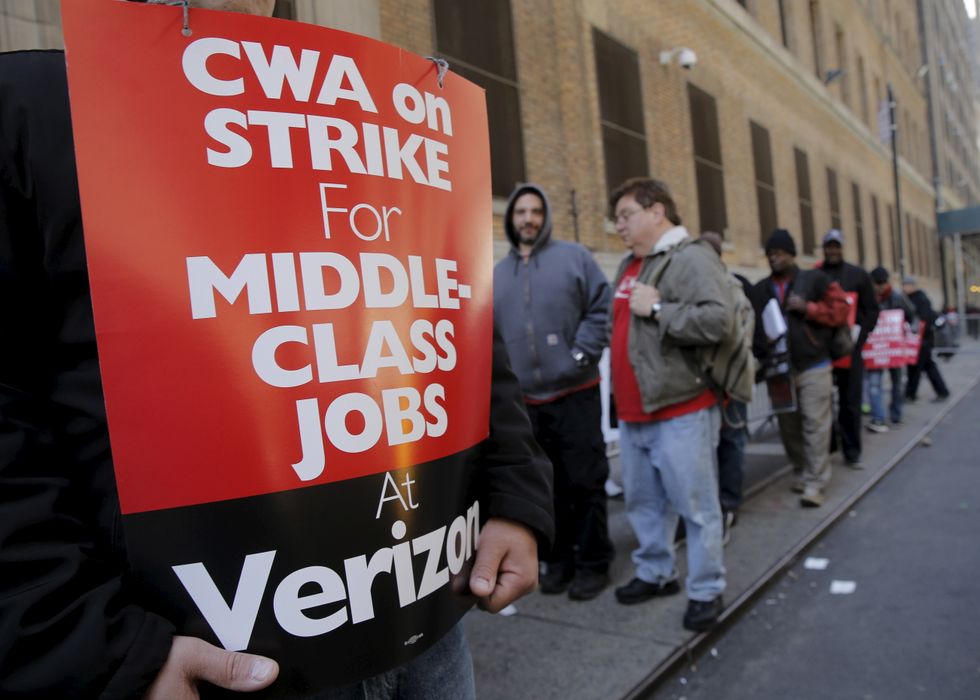 Dozens of Verizon Communications Inc landline workers, on strike since mid-April after contract talks hit an impasse, marched on the company's annual shareholder meeting in Albuquerque, New Mexico, on Thursday and several people were arrested for blocking traffic, unions said.

More than 250 protesters, including workers and their supporters, took part in the demonstration at the meeting, where the agenda included an election for 13 directors and a vote on executive compensation.

The unions for the strikers said they also planned hundreds of protests across the United States against Verizon, which is the No. 1 U.S. wireless service provider.

About 15 protesters were arrested outside the meeting venue after they laid down on a large banner on the street to block traffic, the unions said.

Nearly 40,000 network technicians and customer service representatives of the company's Fios Internet, telephone and television services units walked off the job on April 13. The action was called by the Communications Workers of America and the International Brotherhood of Electrical Workers.

The strike is in its fourth week. Sticking points include offshore call-center jobs, job relocations and healthcare coverage.

Verizon said last week it had presented an updated and "final" contract to the unions, including a wage increase of 7.5 percent over the term of a new contract. The company, which has been scaling back its Fios and legacy landline business, wants workers to shoulder more healthcare costs and be open to relocating to new job locations.

The new proposal was rejected by the union and the parties still are far apart.

The Albuquerque demonstrators could be seen chanting "One day longer, one day stronger," and " Negotiate, don't dictate," on the CWA's livestream on Facebook as they marched on the meeting.

The work stoppage at Verizon stretched across several U.S. East Coast states, including New York, Massachusetts and Virginia. Verizon has said it has brought in thousands of temporary workers to avoid service disruptions.

(Story corrects last paragraph to say workers did not reach a new contract but returned to work in two weeks).