The deadly selfie game – the thrill to end all thrills 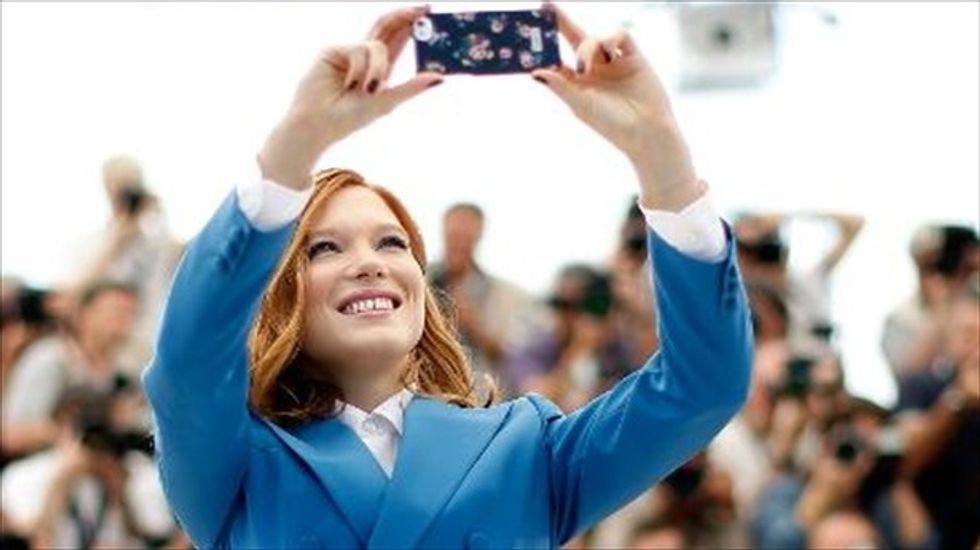 French actress Lea Seydoux poses for a selfie at the 67th edition of the Cannes Film Festival on May 17, 2014 [AFP]

According to the popular press it was more likely in 2015 for a person to die while taking a selfie than to be killed by a shark – this is globally. This means that, officially, the deadly “monster” shark from the “Jaws” movie franchise has become less frightening than capturing your own image on a smartphone – that is if the 12 reported selfie deaths of 2015 are compared with the eight fatal shark attacks in the same year.

These are selfies taken from the top of a skyscraper while dangling in mid-air, or while perched on the brink of an overhanging cliff just before the selfie-taker’s foot slipped.

The invention of the selfie stick – which Wikipedia helpfully explains is “a monopod used to take selfies by positioning a smartphone or digital camera beyond the normal range of the arm” – has worsened the situation. Reports show that tourists in particular no longer look where they are going, but are transfixed by their images on their phones’ screens. Many landmarks and tourist places have started to ban selfies and especially selfie sticks to prevent untimely accidents and even deaths. But putting these safety measures in place does not stop adventurous souls continuing to push the boundaries of dangerous activities.

The latest extreme craze exported from Russia is called “skywalking” (Picture 1). It entails “standing or walking atop very tall structures at dangerous heights, such as the rooftop of a skyscraper building or a bridge”. As such these images are breathtaking and awesome. Provided the taker of the selfie does not slip, he or she may be rewarded with hundreds of “likes” on social media. Takers of dangerous selfies are, after all, considered heroes who unflinchingly put themselves in harm’s way to experience what should probably not be experienced. 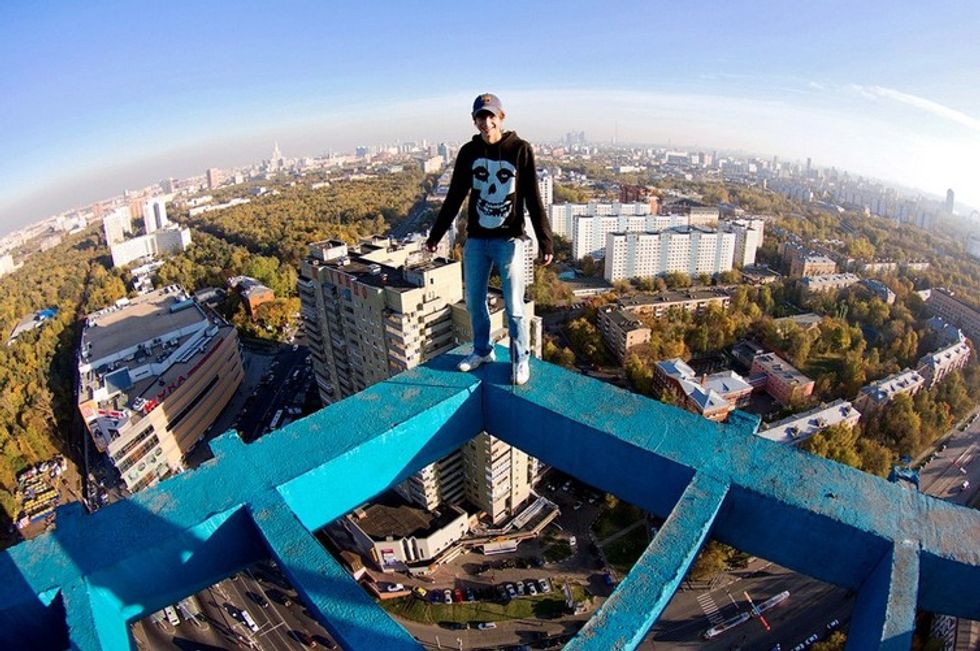 Picture 1: Skywalker Alexander Remnev on top of a Moscow skyscraper (2013/14).

But how can we determine what counts as “a selfie death” or “death by selfie”? There are at least three types of deadly selfies:

In the first instance (unknowingly before death) the selfie is not the cause of death but is taken just before a tragic event. In these cases the selfies signify more as memorials for the departed, who are remembered in the moments before their demise. These are the selfies where we are confronted with the faces a group of friends in an aeroplane minutes before it destructs, as happened with Mexican singer Jenni Rivera and her crew (Picture 2), or of a motorist just before a fatal accident. 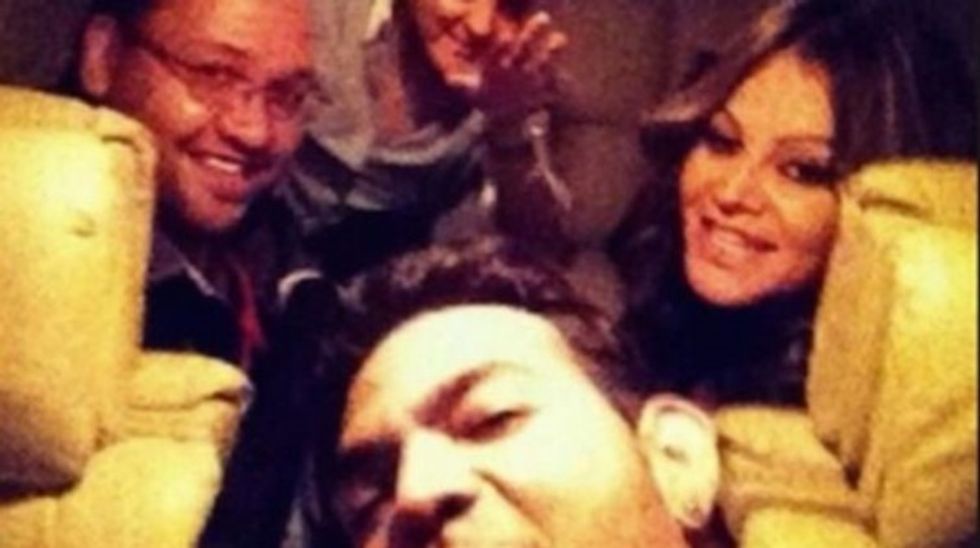 Picture 2: Selfie of Mexican singer Jenni Rivera and her crew before an aeroplane crash in December 2012.

In these cases, the viewer cannot help but interpret the faces looking out at him or her as sad and tragic. In fact, one may even convince oneself that the sadness is palpable in the eyes of the deceased, as in the case of the reggaeton singer Jadiel (real name Ramon Alberto González Adam), who posted a selfie in May 2014 shortly before a fatal motorbike accident in Rochester, New York.

In the cases of selfies of death or death by selfie, we are exposed to the hopeful faces of adventurers, extremists and the unlucky ones. Although these selfies overlap with the previous category of selfies before death, they differ in the sense that they are taken in circumstances that can be considered mortally dangerous.

Particularly arresting is the selfie by the young Russian girl, Xenia Ignatyeva (Picture 3), who in April 2014 climbed a high bridge to impress her friends, but then slipped and fell and was electrocuted when she grabbed live cables. Her beautiful young face looks flushed as she stares into the camera, exhilarated and energised. She stares the sublime in the face as her selfie gazes back at her from the smartphone screen with the devouring abyss at her back. Is this the image of her death framed by expectation and self-grandeur? 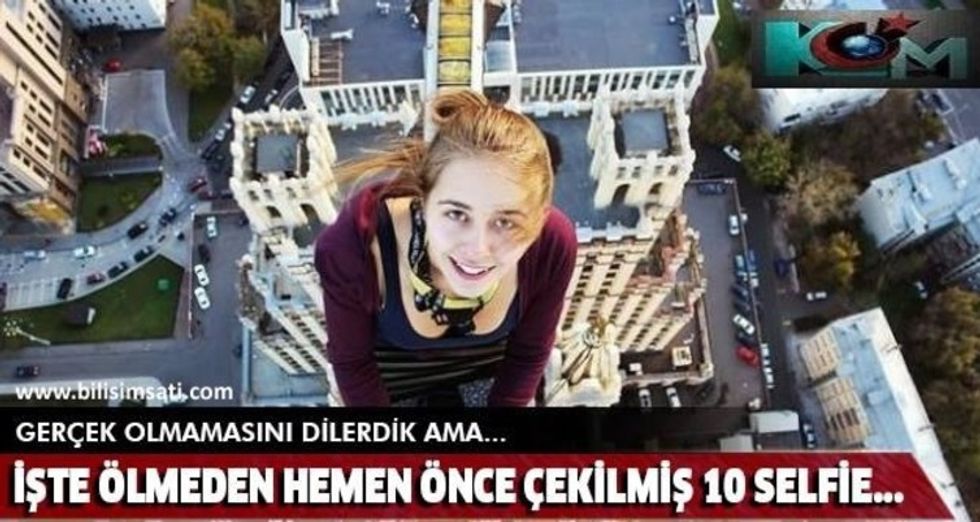 Picture 3: Image of selfie taken by Xenia Ignatyeva in 2014.

Lastly, there is the case of selfies taken with death. An example is that of the Turkish police officer who, in September 2014, took a selfie while a person committed suicide in the background by jumping off a bridge (Picture 4). Naturally, the selfie was shared on social media by the police officer. Suffice it to say, the police officer was investigated afterwards. 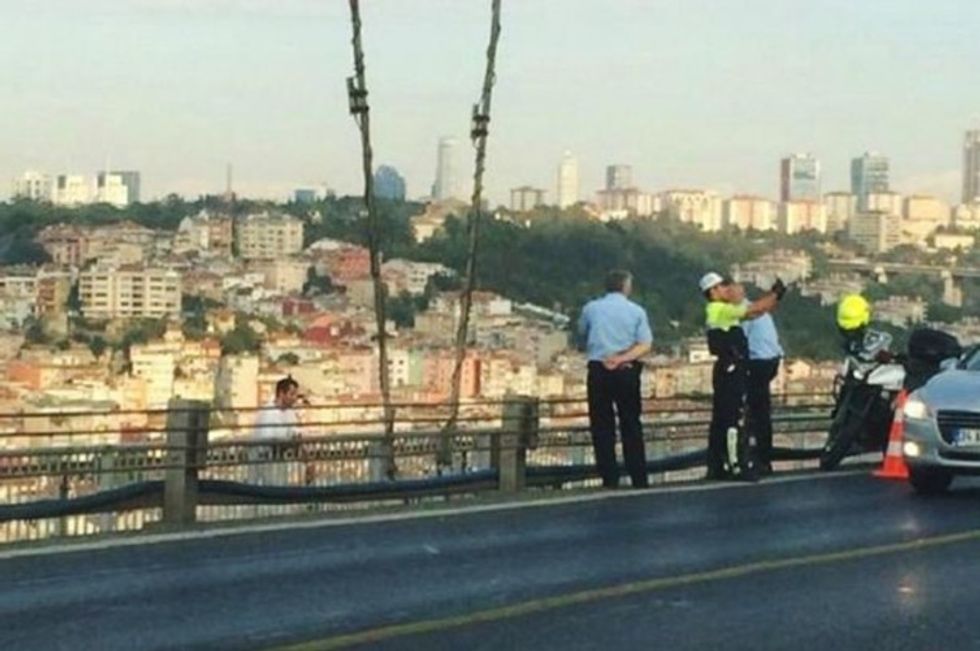 Picture 4: Image of a police officer taking a selfie with a man who jumps

It is an undeniable thrill – and attention-seeking strategy – to be in the presence of another’s death while experiencing how pain subsides into pleasure. One may speculate whether, if the technology were available during the eighteenth century, for instance, people would not take selfies during executions. No doubt a selfie taken against the background of the beheading of Marie Antoinette – France’s queen, who was executed during the French Revolution – would be considered an “ultimate selfie”.

To be taking a selfie of death is a technologically mediated encounter with the unthinkable and can, therefore, be considered a sublime experience. The contemporary obsession to take an “epic selfie”, an “extreme selfie” or the “ultimate selfie” may be interpreted as an extension of the pursuit of the sublime.