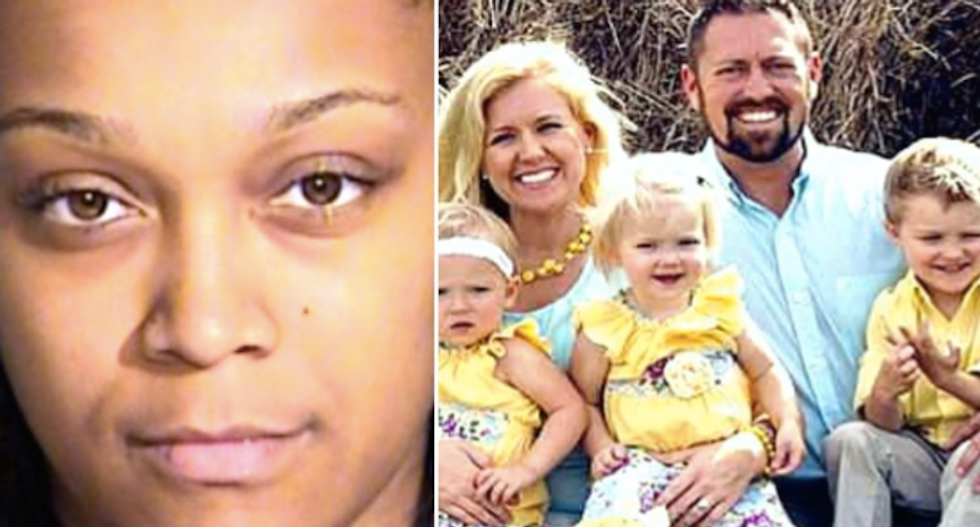 Two young boys -- ages 2 and 3 years old -- died within a week of one another last month after finding a parent's gun stashed in a bag and then accidentally shooting themselves.

Their cases attracted national attention, because the two boys were among four toddlers who shot and killed themselves that week -- and among 23 toddlers who'd fatally shot themselves or someone else since Jan. 1.

If that seems like a lot, that's because it is.

The two boys' deaths were tragically similar -- but the outcome for their parents was very different.

As blogger David Waldman, who tracks gun violence and accidental shootings for Daily Kos, pointed out, one parent was charged while the other boy's parents were not.

Kiyan's mother, Kanisha Shelton, was charged Tuesday with a felony count of neglect of a dependent resulting in death, while authorities announced Thursday that Holston's parents, David and Haley Cole, would not be charged in their son's death.

The 23-year-old Shelton is black, and the Coles are white.

Comparing those two cases is somewhat problematic, because Indiana -- where Shelton lives -- and Georgia -- where the Coles live -- have very different gun laws.

Indiana allows charges for parents whose children find guns and injure or kill themselves or someone else, while Georgia has no laws in place requiring safe storage of firearms.

Georgia law permits criminal charges for adults who intentionally or knowingly provide a child access to a handgun, but some adults have been charged there in recent months in connection with a child's accidental firearms death.

Demarqo Smith, who is black, was charged with involuntary manslaughter and reckless conduct after his 6-year-old daughter, Ja'Mecca, found a loaded gun between two sofa cushions in her family's Atlanta apartment.

Christopher Ashkins, who is also black, was charged in November with second-degree child cruelty, possession of a gun by a convicted felon and drug possession after his girlfriend's 2-year-old son found his handgun and fatally shot himself.

The 37-year-old Ashkins, who was on parole for cocaine-related charges, was not home when Jayden Clay accidentally shot himself in the face at his family's Atlanta apartment.

Grant Dennington, who is white, was not charged after his 2-year-old son found the handgun he'd placed on the bed Oct. 27 while using the restroom and fatally shot himself in an Atlanta suburb.

“We’re talking a minute or two,” said Acworth Police Chief Wayne Dennard, who described the father as a responsible gun owner. “We spent a lot of time talking to the dad, interviewing other family members. This was not routine on his part. He always took the necessary precautions.”

Two white parents in Indiana face similar charges to Shelton after their 3-year-old son pulled a loaded gun from a kitchen counter in December and shot himself in the head.