This 'dangerous sleeping giant' volcano near Mt. St. Helens could imperil half a million people 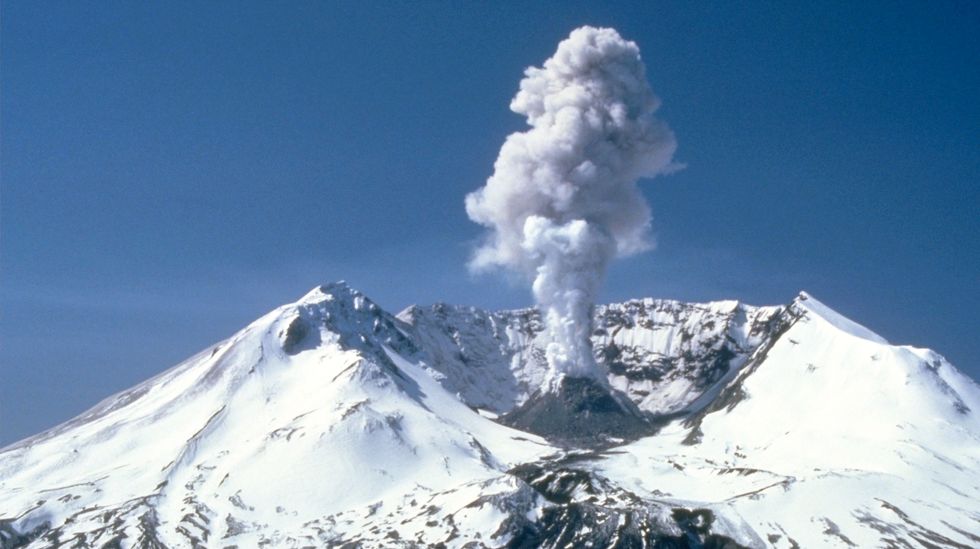 Mount St. Helens is “recharging” with magma, setting off more than 100 earthquakes in recent weeks — but scientists warn a nearby “sleeping giant” may pose a bigger threat.

More than 130 earthquakes have been detected beneath the northwest's most active volcano since March 14, although none of them have been bigger than magnitude 1.3, as molten rock moves into its magma chamber five or six miles below the surface, reported the Seattle Times.

“What’s going on at the volcano is nothing that new,” said Seth Moran, scientist-in-charge of the U.S. Geological Survey’s Cascades Volcano Observatory.

He said the seismic activity isn't powerful enough or close enough to the surface to suggest an eruption is imminent, but the volcano is preparing for another blast -- which is likely years away.

Volcanoes can recharge for years before erupting -- as Mount St. Helens did before eruptions in 1980 and 2004.

However, some experts warn that Mt. Rainier, about 90 miles northeast of Mount St. Helens and closer to Tacoma and Seattle, might also be preparing to erupt.

Mt. Rainier last erupted in 1820 and 1854, although smaller eruptions were reported over the next five decades.

It has also been experiencing an increase in volcanic activity -- although its long dormancy has given it the perception of being "too big to fail," according to some experts.

"Mt. Rainier is a dangerous, dangerous sleeping giant within immediate reach of 80,000 people and another indirect half million in and around the Puget Sound," wrote John Pennington, a former official with the Federal Emergency Management Agency and an emergency services consultant.

Statistics show that volcanic eruption happen in the Cascades -- of which Mt. Rainier is the tallest mountain -- two to three times per century.

“This is just an impermanent piece on our landscape," geologist Carolyn Driedger told KUOW-FM. "Our lifetimes are just too short to appreciate how much change can happen."

An eruption of Mt. Rainier could set in motion catastrophic events -- such as lava flow, avalanches of hot rocks and gas, and flooding caused by melted snow from the mountaintop.

The lava would likely stop flowing near the boundaries of the national park, Driedger said, but flash flooding would carry boulders hurtling from the mountain and pull down trees as it turned into a nightmarish mudflow called a lahar.

It's not certain how far a lahar could flow from Mt. Rainier, but scientists fear a mudflow could carry devastation as far away as Tacoma and create food shortages if trucking routes were blocked.

The lahar could also carry sediment into ports in Tacoma and Seattle that would cost billions to dredge, the radio station reported, and mud could also wreck the region's hydroelectric dams and water sources.

Pennington also warned that Glacier Peak, about 40 miles north of Mt. Rainier, might also erupt in the coming years, although researchers have only recently begun to closely its seismic and volcanic activity.

"There are numerous volcanic peaks other than Mt. St. Helens that are seeking our attention," Pennington wrote. "Many are considered more dangerous and they are lurking much, much closer to our own homes and the atmospheric transportation system of our jet stream."