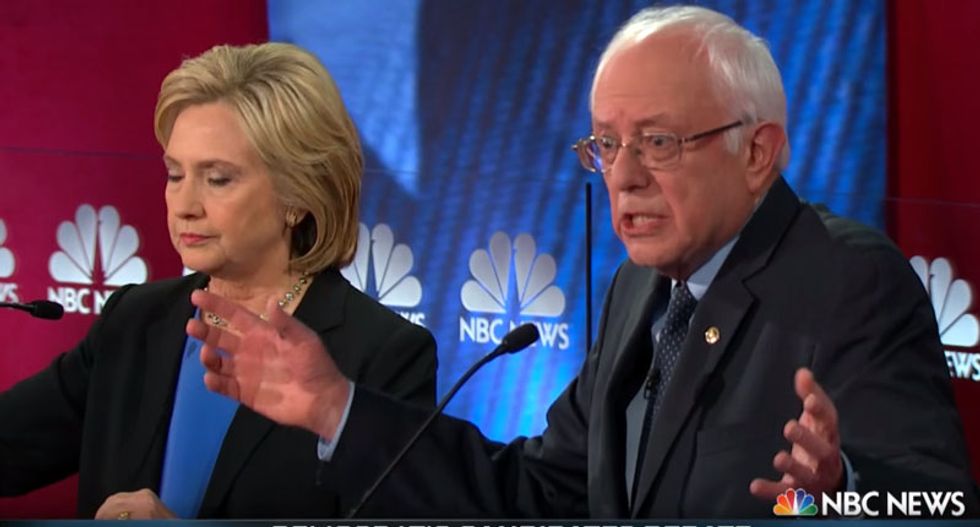 Are you sick and tired of the 2016 Democratic primary yet? In particular, are you sick of the acrimony that regularly breaks out on the web between supporters of Hillary Clinton and Bernie Sanders? You aren't alone, and pioneering digital activist Tom Matzzie on Wednesday posted a brief but devastatingly honest assessment of the state of the race on Facebook.

And lest you think Matzzie is in the tank for either Bernie Sanders or Hillary Clinton, he let both campaigns have it.

"I am increasingly frustrated by the Sanders camp not being honest with supporters about the mathematical impossibility of him winning," Matzzie wrote, before adding that, "I find the Clinton camp's insistence that Sanders supporters are only sexist 'bros' who descend into violence offensive."

Matzzie, who served as director of MoveOn.org from 2004 through 2007 and who in 2011 founded clean energy supplier Ethical Electric, also lamented seeing "friends on both sides descend into incoherent theories of social change that vest a lot of their hopes in either candidates or improbable events."

Given how high tensions are running right now in the wake of this past weekend's mess in Nevada, it wouldn't be surprising if Matzzie's sentiment were more widely held in progressive circles. 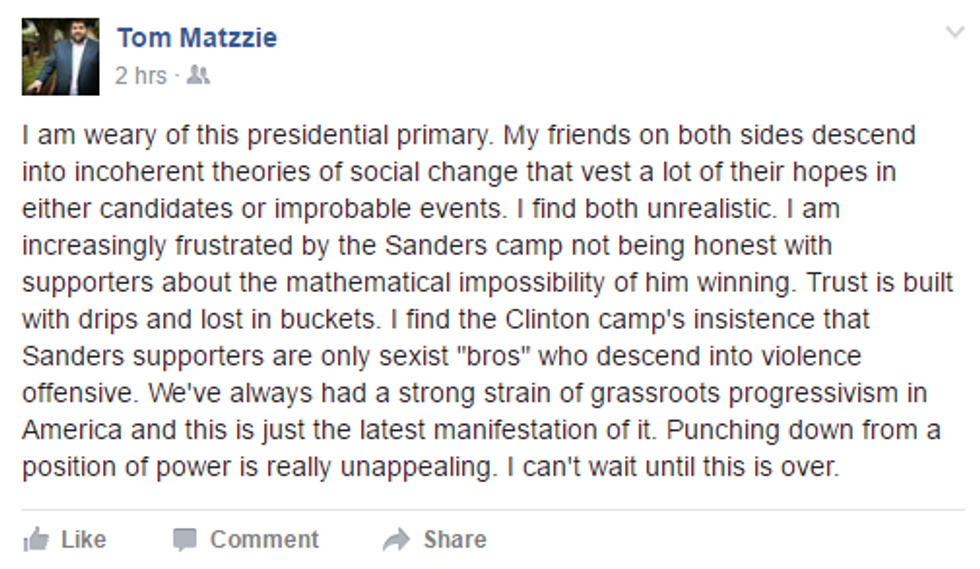 A Facebook post from Ethical Energy CEO and pioneering progressive activist Tom Matzzie on the state of the Democratic primary. (Screen cap)[/caption]