Trevor Noah rips liberal critics: They're 'not ready to hear the truth' about Clinton or Sanders 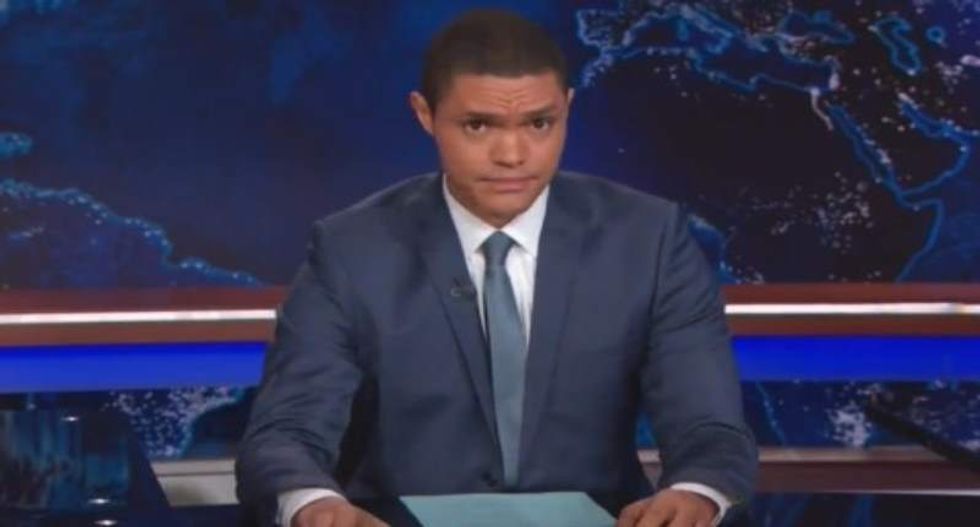 Daily Show host Trevor Noah fired back at some of the show's progressive fan base in an interview published by Playboy magazine on Thursday, accusing them of watching the show to have their perspectives validated.

"I find that a lot of Democrats and liberals are not ready to hear the truth from their side," he said, adding, "Just because you have a love for a candidate doesn't mean you shouldn't question them. What is the point of having your candidate pushed to a certain level only to crumble under scrutiny because you didn’t give them enough scrutiny early on? Bernie Sanders didn't have solid policy proposals, so I pointed that out. [They said] 'Screw you, Trevor Noah!' Or I made the case that Hillary Clinton panders to whatever audience is listening to her. People are like, 'Who the hell do you think you are?' Come on, guys."

Noah, who compared Republican front-runner Donald Trump to African dictator Idi Amin not long into his tenure leading the show, also said anyone comparing him to Adolf Hitler should spend more time examining his supporters.

"The question nobody seems to want to ask is, Does that make America Nazi Germany?" he asked. "The madmen in history don't do it alone. What's important about Trump's run is that it exposes the layer of hate, xenophobia and anxiety below the surface in America. That can't be ignored."

Noah did not offer any specific predictions on the presidential race, but did describe the dynamic he saw in a potential contest between Trump and Clinton.

"It's a really strange combination of terror on one hand and ambivalence on the other," he said. "And yet, wherever we are in the general election by November, people are going to have to say, 'Well, you have to choose somebody.' Fortunately, I can't vote in this country, which helps a lot."