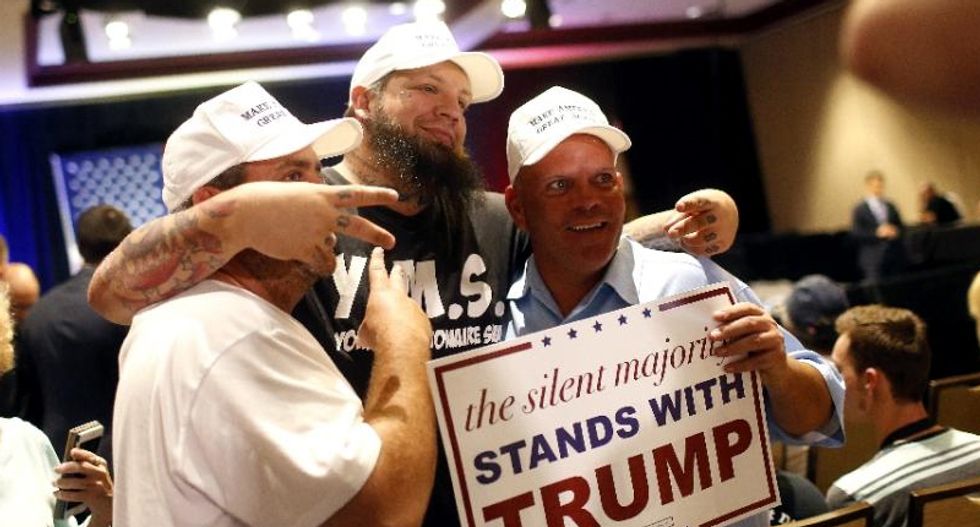 A new study published in the online journal PLOS ONE has found that holding favorable views of this season’s major Republican presidential candidates—that is, Donald Trump, Ted Cruz, or Marco Rubio—is associated with a tendency to misperceive ‘bullshit’ statements as profound. In the study, bullshit is used as a technical term and defined as, “communicative expression that lacks content, logic, or truth from the perspective of natural sciences.” Additionally, the study found that conservatives, in general, were also more likely to judge pseudo-profound statements as profound. This could help explain why a slogan like “Make America Great Again” can appear superficial and cheesy to some but brilliant in its simplicity to others.

Why is research into bullshit important? As hilarious as it might sound, bullshit is prevalent in all our lives and has the power to shape our beliefs and change our behavior. An inability to effectively judge whether statements are profound or superficial can also cause one to support political candidates who lack substance but are skilled at creating the appearance of having it.

Since our elected leaders create policy and make decisions that affect our lives in essentially every way, and because it is obvious that people differ greatly in their sensitivity to bullshit, it is important that we understand what features make some individuals unable to detect it. When a certain human characteristic or trait can have a negative impact on society, the field of science has a moral obligation to describe it in detail and bring awareness to the issue.

Researchers obtained data from 196 Americans who participated in an online study through Amazon’s Mechanical Turk. A questionnaire known as the Bullshit Receptivity scale (BRS) was used to assess receptivity to pseudo-profound bullshit. The BSR consists of ten sentences that seem meaningful and profound on the surface but are actually meaningless.

Participants were instructed to rate how profound, or deep in meaning, they considered each statement to be. An example of a pseudo-profound statement might be, “Imagination is inside exponential space time events.” A 5-point rating scale was used where a score of 1 meant not profound at all, while a 5 indicated that the statement was very profound.

To prove that participants who misperceived pseudo-profound bullshit as profound were not simply judging everything they read as profound, all of the subjects were also given a similar questionnaire where they rated simple mundane statements for deepness. An example is, “A wet person does not fear the rain.” With this control condition, the experimenters could determine that participants were specifically being dazzled by fancy buzzwords and phrases, rather than finding profoundness in all statements.

To assess the political leanings of participants, they were given two additional surveys. The first measured their favorability ratings of the major presidential candidates of that time from both parties. While the Republican candidates included Ted Cruz, Marco Rubio, and Donald Trump, the Democrats were Hillary Clinton, Martin O’Malley, and Bernie Sanders. The second survey consisted of a single question: “Where would you put yourself on a continuum from liberal to conservative?”

The results showed a positive relationship between a tendency to misperceive pseudo-profound statements as deep and favorable views of all three Republican candidates. The correlation was highest for those who liked Ted Cruz, while no significant relationship was found between judging bullshit statements as profound and favorable views of any of the Democratic candidates. Conservatives who could not detect pseudo-profound bullshit did not see deep meaning in the mundane statements, so it can be concluded that they are vulnerable specifically to hollow statements that are designed to sound profound.

So why might this be the case? What are the cognitive features that make conservatives more apt to misperceive bullshit as profound?

Although future research is needed to sufficiently address this question, the authors of the study make some assumptions based on previous research on cognitive differences between liberals and conservatives. Past studies have shown that conservatives are less likely to engage in critical thinking and tend to rely more on intuition. Being able to distinguish between pseudo-profound statements and those that are genuinely deep and meaningful likely requires analytical, reflective thought to apply appropriate scrutiny to complex and abstract expressions.

Of course, these results do not mean that there aren’t conservatives who are great at detecting bullshit, or liberals who find deep meaning in pseudo-profound nonsense. This is presumably because not all liberals are analytical thinkers, and there are undoubtedly a sizeable number of conservatives who are. The effects reported in scientific studies are based on group averages and do not apply to every individual. It is also important to note that the sample size was relatively small for a survey study, and therefore may not accurately represent the whole of the U.S. population. However, the data still provides strong support for the notion that conservatives are more vulnerable to hollow talk that is dressed up fancy.

Rather than being discouraged by this information, or using it to criticize or shame those who may be susceptible to bullshit, we should perhaps try to increase awareness of the need for all of us to exercise healthy skepticism when choosing a presidential candidate. Politicians who routinely use pseudo-profound statements rather than substantive ones should be recognized and exposed as bullshitters. By doing so, we can help prevent con artists and intellectually vacuous people from exploiting the credulous and attaining the most powerful position in the world.