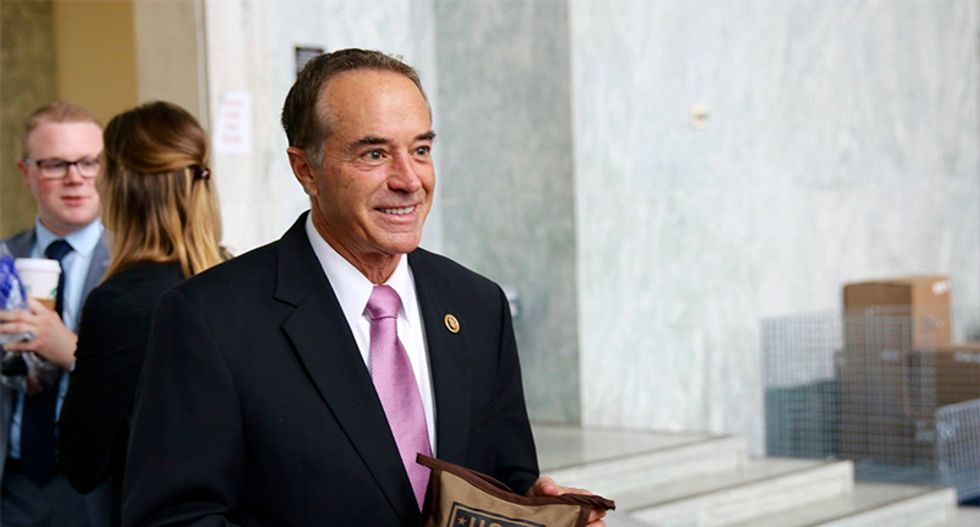 One of the first congressmen to endorse Donald Trump's campaign revealed that Trump's "wall" on the U.S.-Mexico border might not be a reality, after all.

“I have called it a virtual wall,” Rep. Chris Collins (R-NY) told The Buffalo News. “Maybe we will be building a wall over some aspects of it; I don’t know.”

Collins currently represents Trump’s U.S. House Leadership Committee, according to Gawker, and it seems he's the one in charge of walking back the cornerstone of Trump's primary campaign. Trump earned much of his support from voters who chant "build that wall" at his campaign rallies. That has sparked an outright war with former Mexican president Vicente Fox, who has posted videos and tweets trashing Trump for his insults toward Mexico and Mexican people.

Despite financial scores showing the wall is impossible, Trump still maintains it will be built and he will deport 12 million immigrants.

Realizing he would probably be in trouble for revealing what Trump actually believes in the press, Collins was quick to clarify. “I’m not speaking for Donald. Those were my opinions.”