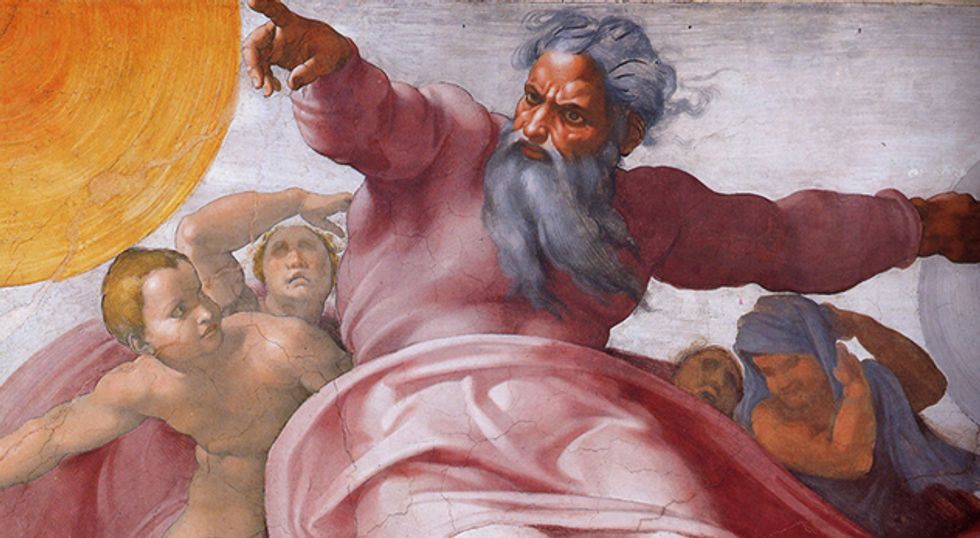 A man who has apparently been suffering a spate of misfortune petitioned a court for a restraining order against God, the Times of Israel reports.

The man, who was not named in reports, lives in the country's northern port city of Haifa and has apparently called police to his home ten times in the past three years. He has tried to get authorities to issue a restraining order in that time, to no avail.

“For the past three years He started to treat me harshly and not nicely. I complained to the police many times. The Israel police asked me to take out a restraining order,” he told the court, according to Newsweek.

God didn't show up to a protocol hearing, the court ruled, though as the Times points out, it's unclear how the court knew he was there and simply exercising his right to remain silent.

The man argued that over a three-year span, God had displayed a "seriously negative attitude towards him," according to the Times.

In yet another unfortunate event for the petitioner, the judge ruled his case "ludicrous" and said he needed help from other sources outside the court.

Citing a Hebrew-language news site, Walla, the Times says the publication didn't get a statement "from any of the multitude of available spokespeople on behalf of the Lord."