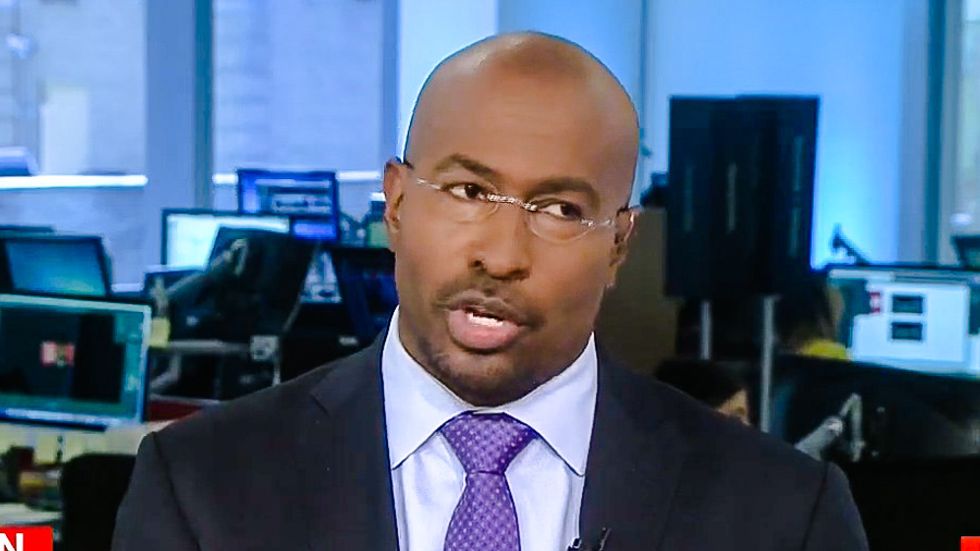 Van Jones has had it with leadership from both Democratic candidates and leaders of his party due to the fallout from Nevada's rowdy convention on Friday.

"I've got kids and sometimes kids get into a fight and maybe one is more wrong than the other," he explained to CNN host Brooke Baldwin on Wednesday. "But both kids usually did something. And that's what happened in Nevada."

"Hillary Clinton was going to win but she played it badly, then you had people that overreacted," Jones continued. "If you're the chair, you've got to come out and say I don't like some of the things I've heard about... If you come out and just smash on one side, you lose the ability to be the arbiter and that's what happened last night [with DNC Chair Debbie Wasserman Schultz] and I think there are going to be repercussions for that for the long term."

Jones pointed out that Clinton had done a "great job" as the United States' top diplomat, "but the diplomacy when it comes to Sanders has just been below sub par."

"You've got a situation now where I think you have a leadership failure possibly in both wings of the party," the CNN contributor observed. "And, Debbie, who should be the umpire, who should be the marriage counselor is coming in harder for Hillary Clinton that she is for herself."

"That's malpractice. I wish Reince Priebus was my party chair. He did a better job of handling the Trump situation than I've seen my party chair handle this situation. I'm ashamed to say that."