Watch: The Bernie-Trump Debate has already happened (between two comedians) 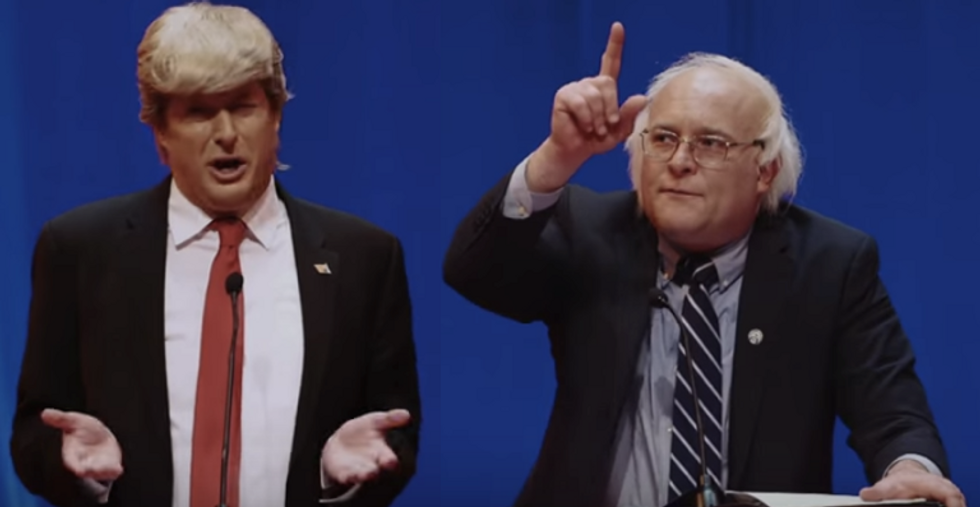 Hillary Clinton may not debate Bernie Sanders ahead of the California primary election, but Donald Trump would love to debate the Vermont Senator, as he told Jimmy Kimmel on Wednesday night.  Sanders, for his part,  tweeted back, "Game on.  I look forward to debating Donald Trump in California before the June 7 primary.”

But we don't have to wait to see what a debate between Sanders and Trump would be like. Because some have already happened. And they are hilarious. And there is video of it. Trump vs. Bernie Web/TV Series and live tour brought to you by the comedic genius of James Adomian (as Bernie) and Anthony Atamanuik (as Trump).

Full disclosure, I saw the show live in New York City and it was amazing. The impersonations are even better in person than they are on the screen, where they are also excellent. So, check them out if you can.