WATCH: This creepy video instructs Jehovah's Witnesses to shame their own children into depression 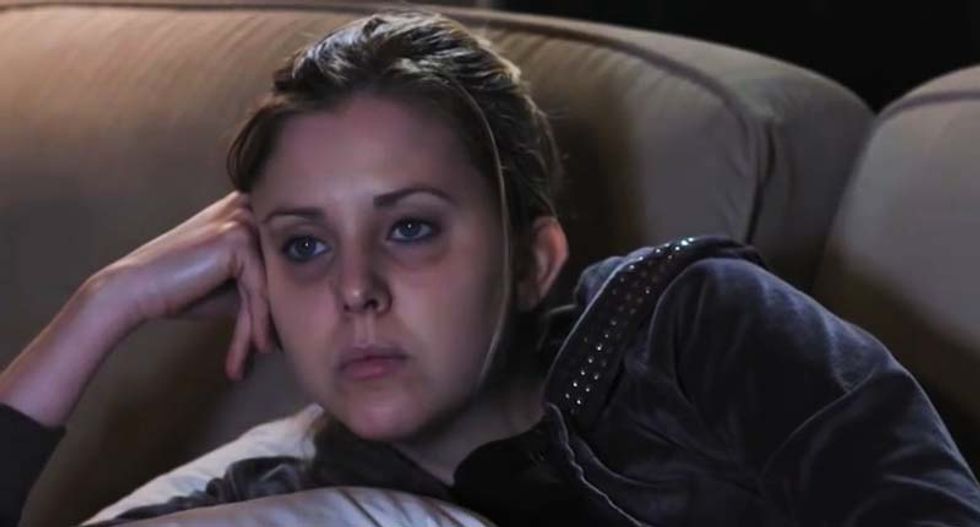 In a disturbing video being shown to Jehovah’s Witnesses during their regional conferences this summer, parents of independent teens and young adults are instructed to shun their children when they are unable to bring them to heel within the strict confines of the church's rules.

The video, uploaded to YouTube, is in Spanish only but with English subtitles, shows that by cutting off all contact with children they will suffer and become depressed --which hopefully will bring them back to "Jehovah."

In the video a young woman named Sonia is "disfellowshipped" from the church for apparently carrying on an affair with her boyfriend.  After being told she is being cast out of her parent's home because she might be a bad influence, Sonia is seen with dark circles around her eyes, alone, depressed and watching late night television.

The church uses the Biblical lesson of Aaron whose two sons were killed by Jehovah and then were told, "not to express sadness so that the whole nation could see that they agreed with the divine decision."

Wanting their child to "return to Jehovah," the parents refuse all contact with their daughter who falls into a deeper depression wishing they would talk to her.