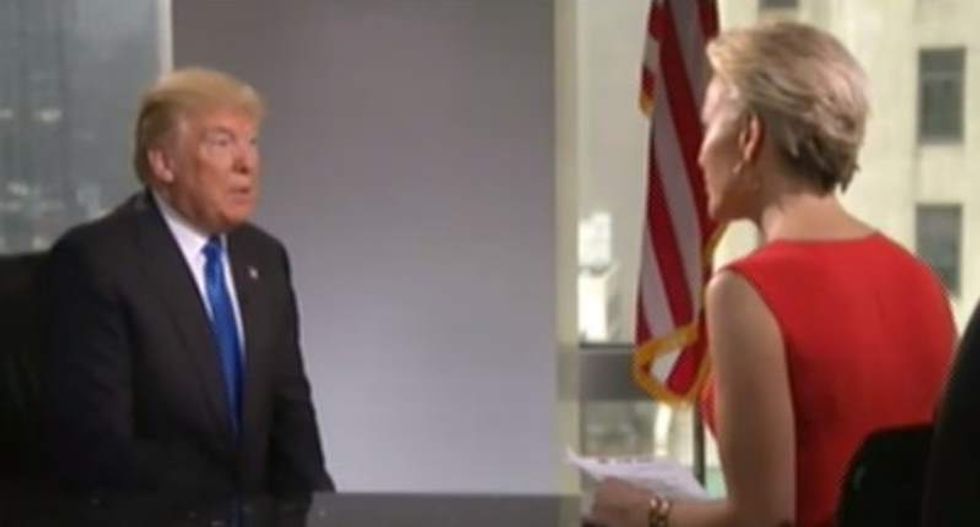 Donald Trump made light of his online attacks against Fox News host Megyn Kelly on Tuesday when she brought up his use of the word "bimbo" to describe her.

"That was a retweet, yeah," he conceded, adding "Did I say that?"

"Many times," she confirmed.

"Oh, OK. Excuse me," he replied. The two laughed, then Trump attempted to downplay the comment, saying it was "not the most horrible. Over your life, Megyn, you’ve been called a lot worse, wouldn't you say? You've had a life that's not been that easy."

The heavily-promoted interview between the presumptive Republican presidential nominee and the Kelly File host also touched on the tension between them following last August's first GOP candidate debate, when she brought up his history of insulting remarks toward women.

"I thought it was a fair question; why didn't you?" she asked.

"I thought it was unfair. First of all, I didn't think it was really a question. I thought it was a statement," he replied. "That's the first question that I've ever been asked during a debate and I've never debated."

Trump also continued to insist that he only makes negative remarks in his own defense.

"I've been saying throughout this whole campaign that I'm a counter-puncher. You understand that. I'm responding," he argued. "Now, I then respond times maybe 10, I don't know. I respond pretty strongly. But in just about all cases, I've been responding to what they did to me. So it's not a one-way street."