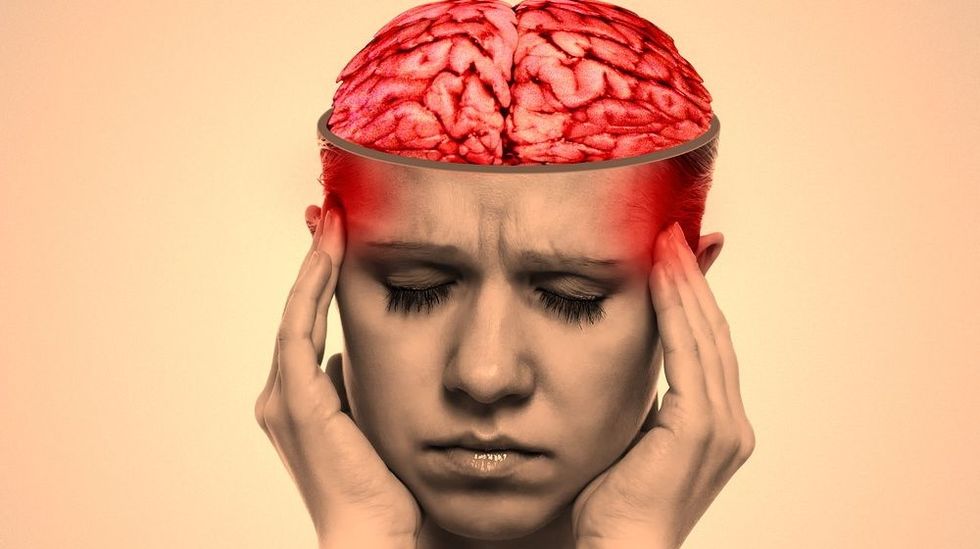 It's easier to recall information when we contextualize it. Committing lists of numbers (or jibberish words, or lines of prose) to memory, for example, gets a lot easier when those numbers are associated with some image, song, scent or significant event. In fact, memory champions learn and memorize multiple decks of cards (in order) by attaching numbers and symbols to bizarre, vivid imagery. Contextualizing otherwise dry facts in a "memory palace" is the basic technique underlying their mental feat.

Now, a new neuroimaging study from Dartmouth and Princeton Universities suggests the opposite is also true: We use context to forget information intentionally. Using fMRI, researchers were able to see what forgetting contextualized information looked like inside the brain.

The findings depict "forgetting" as a purposeful and potentially beneficial behavior, rather than a memory failure.

In memory studies, a classic experimental set-up involves using stimuli (sights, sounds, smells) to trigger recall of random words or numbers. So, for example, let's say researchers tell two groups of participants to memorize a list of words. And, during one group's study session, the researchers play a distinct-sounding chime. Later, researchers might test participants on the word-lists to see if the chime enhances accurate recall for participants who'd been exposed to it while studying.

For the current study, the results of which were published in journal Psychonomic Bulletin & Review, researchers pulled a switcharoo. They presented participants with lists of random words interspersed with images of nature scenes and then told participants either to forget or remember the information. At the same time, they used fMRI (functional magnetic resonance imaging) to look at brain activity. Neural activity patterns changed, researchers found, based on whether participants were trying to forget or remember information. When they were told to forget the word-lists, '"fMRI showed that they 'flushed out' the scene-related activity from their brains,"' according to the study press release. Researchers observed no such neural-flushing activity when they told participants to lock in the word-lists.

Later, researchers tested participants on the word lists and found a link between flushing-out activity and word retention. "The amount that people flushed out scene-related thoughts predicted how many of the studied words they would later remember, which shows the process is effective at facilitating forgetting," per the release.

The findings depict "forgetting" as a purposeful and potentially beneficial behavior, rather than a memory failure. "We might want to forget a traumatic event, such as soldiers with PTSD," said co-study author TK Manning in the release. "Or we might want to get old information out of our head, so we can focus on learning new material."

Neural activity patterns changed, researchers found, based on whether participants were trying to forget or remember information.

The design of the study also sidestepped an impediment to studying the neural underpinnings of contexual information. Typically, the context in which we learn something (anything, really) amounts to an amalgam of private, random thoughts and observations that happen to transpire in our heads at that moment. In other words, two people might see the same street performer, and both form clear memories of the performer's face and speech pattern. But, they don't have the same context for the experience because they had different thoughts and picked up on different details during it.

Given the complexity of a contextualized experience, it's impossible for researchers (or the computers they train) to "know" what context looks like in terms of brain activity. But, in this experiment, researchers basically created a simplified, shared context for participants — they studied the same words while viewing the same pictures, and then uniformly tried to remember or forget what they'd learned. So, when researchers measured brain activity, they were able to identify the same "flushing-out" activity pattern across participants' brains. In other words, they saw the mental representation of a context.

This story, by Theresa Fisher, originally appeared at Van Winkle's.