WSJ editor: Trump needs to be destroyed in the November election to teach GOP voters a lesson 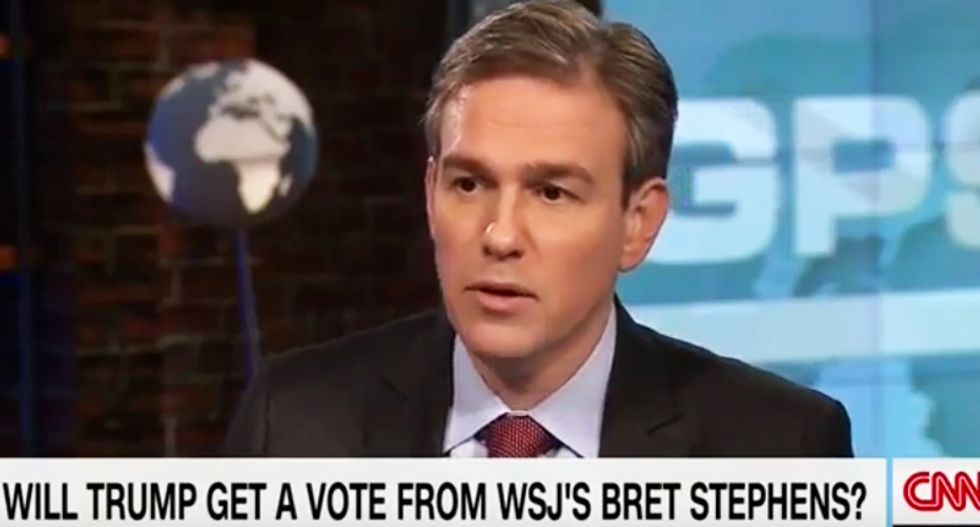 Appearing on CNN, an opinion page editor from the Wall Street Journal left no doubt how he feels about presumptive GOP presidential nominee Donald Trump, saying not only will he not vote for him, but that Trump needs to be crushed in the November election as a lesson to Republicans.

Pressed by host Fareed Zakaria if he was going to get behind Trump as the Republican nominee, conservative columnist Bret Stephens got right to the point.

"I most certainly will not vote for Donald Trump," Stephens began tersely. "I will vote for the least left-wing opponent to Donald Trump and I want to make a vote that makes sure he is the biggest loser in presidential history since, I don't know, Alf Landon."

Then Stephens went off: "It's important that Donald Trump, or what he represents, this kind of quote 'ethnic conservatism or populism,' be so decisively rebuked that the Republican Party and the Republican voters will forever learn their lesson that they cannot nominate a man so manifestly unqualified to be president in any way, shape or form."

"So they have to learn a lesson perhaps the way Democrats learned a lesson from McGovern in '72," he added.

Asked if the Wall Street Journal would state the same in an editorial, Stephens pointed out the the Journal has not endorsed anyone since Herbert Hoover, adding: "And we will not repeat that mistake."