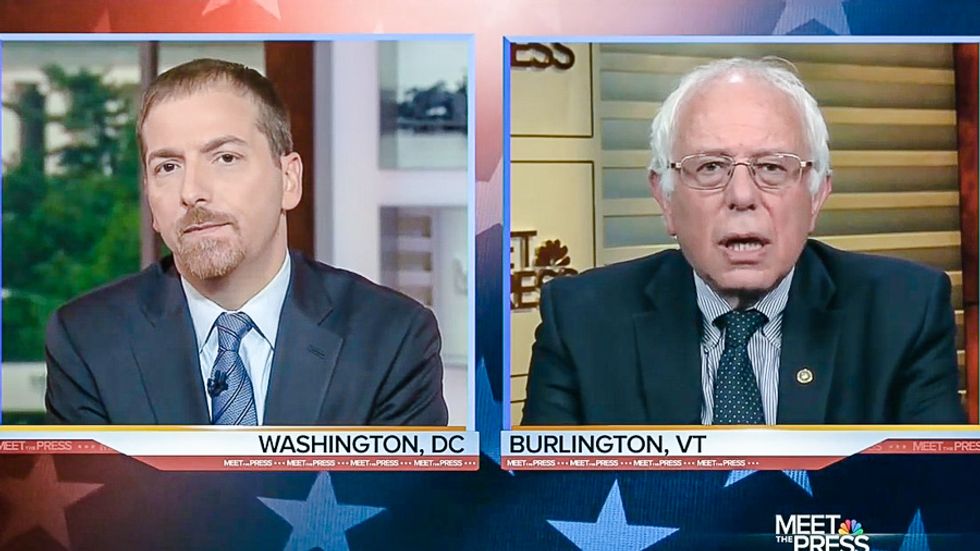 Democratic presidential candidate Bernie Sanders responded to a shooting at an LGBT nightclub in Orlando over the weekend by calling to end sales of assault-type rifles and to tighten background check loopholes.

"Hopes go out to all those who were shot, that they can recover," Sanders told NBC's Chuck Todd on Sunday. "I believe that in this country we should not be selling automatic weapons which are designed to kill people."

"We have got to do everything that we can on top of that to make sure guns do not fall into the hands of people who should not have them, criminals and people who are mentally ill. So, that struggle continues."

Todd suggested that Sanders had "politicized" the discussion by bringing up gun control.

"Do you think we can ever have a conversation where we have the terrorism conversation and the gun conversation, where it can have this without without trying to politicize one version of events over the other?" Todd wondered.

"I do," Sanders replied. "Because I think there is a very broad consensus in this country -- not 100 percent of the people -- overwhelming majority of gun owners and non-gun owners understand that we have got to do everything that we can to prevent guns from falling into the hands of people who should not have them."

"That means expanding the instant background check, it means doing away with the gun show loophole, it means addressing the straw man provision," the candidate insisted. "I think there is a wide consensus to move forward in that direction."