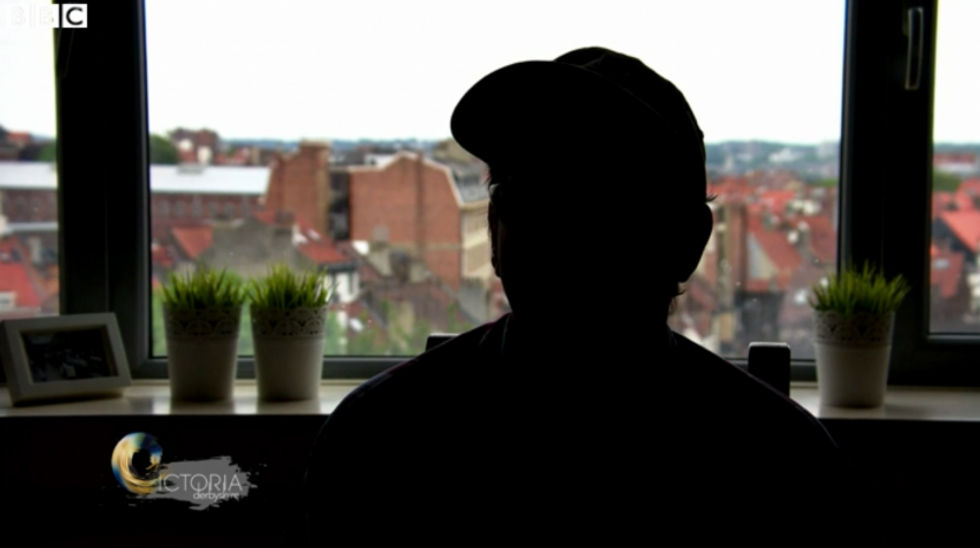 A 39-year-old Belgian man, who wishes to remain anonymous, tells the BBC that he wants to be euthanized because he's gay (Screen cap via BBC

There are good arguments to be made for legalizing physician-assisted suicide for people who are suffering from terminal illnesses and are in incredible amounts of pain. But should euthanasia really be an option for someone who can't accept their sexuality?

BBC News brings us the story of a Belgian man who has for years been unable to embrace being gay and who wants to end his torment through doctor-assisted suicide. What makes this report particularly shocking is that Belgian doctors may even sign off on it.

The 39-year-old man, whom the BBC refers to pseudonymously as "Sébastien," grew up in a Catholic family and lived with a mother who had long suffered from dementia. At the age of 15 he realized that he was attracted to men and he's been fighting with the shame of being a homosexual for the past 24 years, which have also included 17 years of psychological therapy and treatments.

The BBC says that "Sébastien's request for euthanasia has been accepted initially" but adds that he "now faces further assessments to determine whether his case fits within the law."

It goes without saying that signing off on letting someone die simply because they can't stand being gay is very controversial. Gilles Genicot, a member of the euthanasia committee and a lecturer at the University of Liege, tells the BBC that he doesn't think Sébastien's request for euthanasia will fall within the legal parameters set up by the Belgian government, but he also is keeping an open mind about it.

"What you cannot do is purely rule out the option of euthanasia for such patients," he said. "They can fall within the scope of the law once every reasonable treatment has been tried unsuccessfully and three doctors come to the conclusion that no other option remains."