'Don't worry. I got you': These clubgoers risked their own lives to save others in Pulse rampage 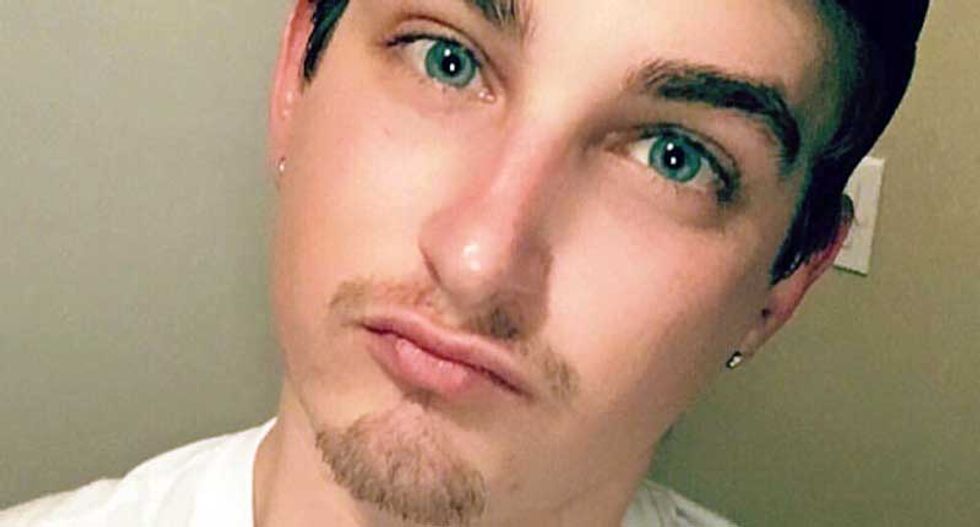 Bravery is the capacity to perform properly even when scared half to death. --Omar Bradley, WWII American general

Imagine a crowded dance floor. Bodies pressed up against one another. Bass thumping, driving people to move, to have  a good time, to celebrate life. Now, imagine that same crowd becoming aware that they were targets. The pops of gunfire. The mad scramble toward safety.

Imagine that you were one of the lucky ones, and that you had made it outside. You were safe. And then, you heard a cry for help that would require you to give up your place of safety in order to help a stranger. What would you do?

Josh McGill, 26, chose to save a life. LA Times  reporter Sarah Parvini interviewed McGill, whose story offers a nugget of inspiration in the rockpile of horror that was the mass murder of gays and lesbians at the Pulse nightclub in Orlando. On a day where  homophobes are already trying to insist that gay people were not the targets, the heroism of those who were targeted deserve our respect.

Josh McGill was close to the patio when the gunfire began, and he and his friends were able to crawl out to the patio and on to the parking lot. As they stood up to run toward the police perimeter, which was a few hundred feet beyond them, the shooting re-started. McGill took shelter behind a car while his friends continued to run to safety. McGill was safe, and he crawled underneath the car to wait for police rescue.

From his place of safety, he "noticed a man stumbling toward him, covered in blood," according to the Sentinel.

McGill got up, and brought the man behind the car.

I think I got shot,” the man said.

McGill searched the man’s body and quickly found two bullet wounds — one in each arm.

He knew he needed to stop the bleeding. He pulled off his lavender V-neck shirt and wrapped it around the arm of the weakening man slouched against him.

As the man continued to bleed, McGill removed the wounded man's shirt and used it as a tourniquet on the second gunshot wound. But then. McGill realized that the man needed more help than he would be able to provide, so he helped to ready the man to run with him to the perimeter.

The man complained that his back hurt. That's when McGill realized that the man had been shot a third time, in the back. He managed to get them both to the safety zone. A bystander was watching, and McGill demanded the man's shirt. He complied, and McGill used it to try to stanch the injured man's bleeding back.

McGill got them to a police officer, who told him that a cop car would take them to the hospital.

McGill’s job, the officer told him, was to lay down in the back of the car.

“We will lay him on top of you, and you bear hug him,” the officer said.

Keep him conscious, no matter what, McGill was told as they rushed off down the road.

“My name is Rodney. I’m from Jacksonville,” the man replied quietly.

“I don’t know if you’re religious or not, but I’ll say a prayer with you,” McGill said. Rodney mumbled something inaudible.

McGill made promises he didn’t know he could keep. He swore the man would be OK, that everything was turning out fine. He held him as tightly as he could.

When they got to the hospital, doctors wheeled Rodney inside.

“Words cannot and will not describe the feeling of that. Being covered in blood,” McGill said. “Trying to save a guy’s life that I don’t even know.”

McGill later found out that Rodney was recovering, but so far, he has not been able to visit the man whose life he saved.

Other heroes were not so fortunate. Edward Sotomayor, Jr. 34, saved his boyfriend's life. He pushed his boyfriend out ahead of him and through an exit door. Sotomayor was shot in the back, giving his life shielding his boyfriend.

Edward Sotomayor was fun loving, and friends recalled that he loved to wear top hats. He was the national brand manager for a travel agency that specialized in gay-friendly vacations, ALandCHUCK.travel. On Twitter, his friends mourned the loss of "the kindest, sweetest man."

Death is careless at times, the poem tells us. But we must take lots of care in honoring those who were lost to the hatred of homophobia, and offer their sacrifices as proof that good things still drive humans to aid each other even at great cost to ourselves.