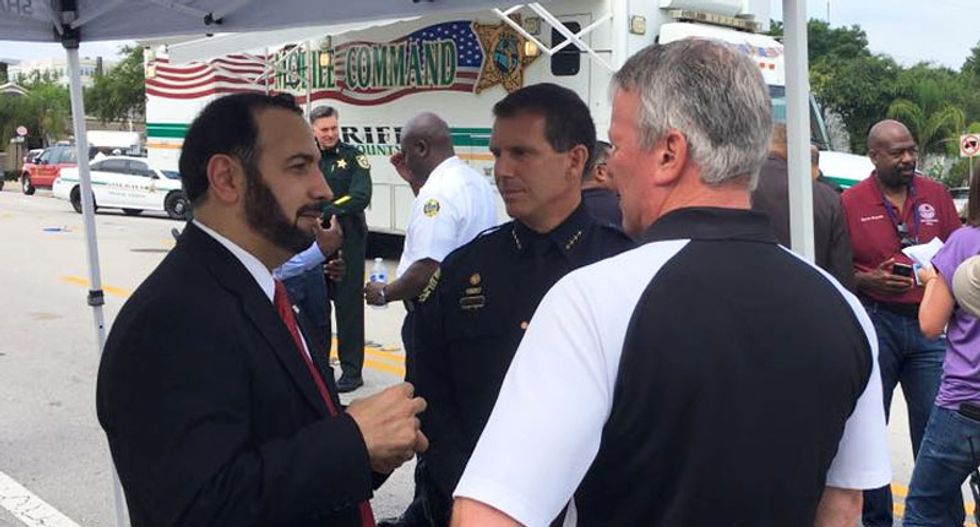 A Florida Imam who went on CNN Sunday morning to express condolences to the victims and families of the horrific shooting at a gay nightclub in Orlando is now on the receiving end of threats and attacks on social media.

At a press conference, Muhammad Musri, the President of the Islamic Society of Central Florida, disavowed contact with 29-year-old Omar Mateen and praised emergency workers.

"No one could have predicted this. It’s like lightening. It can strike anywhere," he stated. "They did a marvelous job and we are glad the situation is under control. This shooter is not connected with other people, so citizens should continue to feel safe."

On Twitter and Facebook, Musri wrote: "On behalf of American Muslims, I want to express our outrage and shock of the mass shooting in DT Orlando, FL. Our thoughts and prayers are with victims & their families."