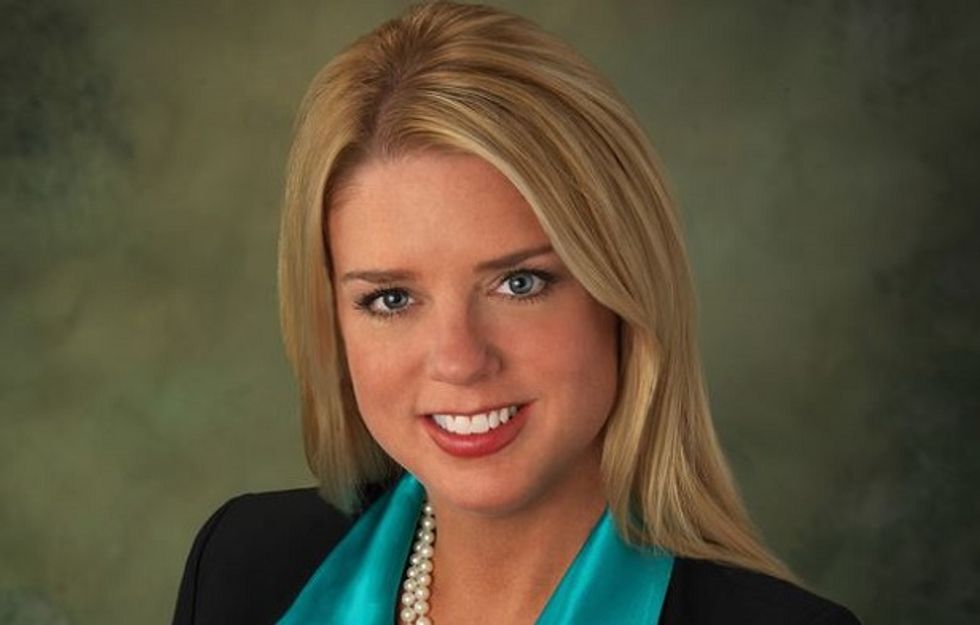 A Democratic lawmaker is asking the Justice Department to intervene and investigate whether a donation given to Florida Attorney General Pam Bondi by GOP presidential candidate Donald Trump influenced her to drop out of a lawsuit against him, the Orlando Sentinel reports.

In 2013, Trump's charitable foundation cut a $25,000 check to Bondi during her re-election campaign. The donation came to light after the Center for Responsibility and Ethics in Washington filed a complaint with the IRS because charitable organizations are not allowed to make political donations.

Four days earlier, the Sentinel had reported Bondi was considering joining a New York state class action lawsuit against Trump University after receiving complaints filed by Florida residents. After receiving the donation, Bondi opted out of the suit, telling citizens to find their own lawyers online or join the New York suit.

The Associated Press reported this week that Bondi had personally solicited the donation from Trump, noting the timing of the donation and Bondi's decision not to join in suing Trump in the fraud case are important because Trump openly brags about expecting favors from politicians in return for financial donations.

"There have been many questions surrounding claims of fraud at Trump University," Bullard told the Sentinel. "There is even a greater concern of whether a quid pro quo exists within the office for favorable treatment in exchange for campaign assistance."

The Sentinel reports that because Republicans control the state's legislature, the case of whether Florida's top law enforcer violated the law may not be properly investigated. Bondi's fellow Republicans have not heeded calls to set up a panel to look into it, while GOP Governor Rick Scott has referred reporters' questions on the matter to Trump himself.

Trump chalked the donation up to a "clerical error" made by the foundation.

"If it looks like a law may have been broken – which we'll never know – then that's a problem," Mark Pafford, Democrat House Leader, told the Sentinel.

Bondi didn't respond to the Sentinel's requests for comments but told some news outlets that stories suggesting a link between the donation and her decision not to join the New York suit were "misleading."