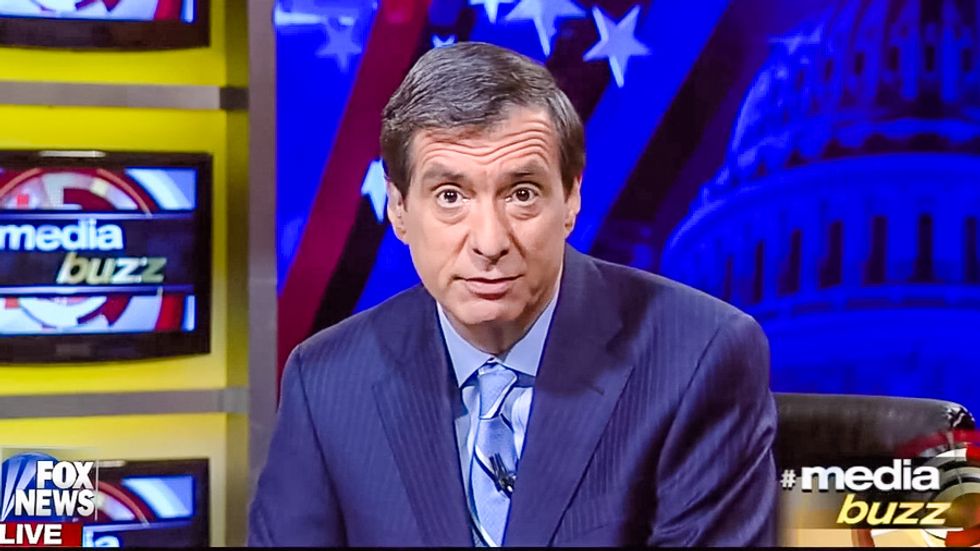 Fox News media critic Howard Kurtz suggested on Sunday that CNN's Anderson Cooper had provided biased coverage of the recent Orlando nightclub massacre because he is a gay man like many of the victims.

"Do gay journalists feel a special anguish over the senseless slaughter of 49 mostly-gay Americans?" Kurtz asked on his Media Buzz program, noting that Cooper had "choked up" while reading the names of the victims and had "grilled" Florida Attorney General Pam Bondi over her record of opposing rights for LGBT people.

"I respect Anderson Cooper and I think he's generally fair," Kurtz told Fox News contributor Guy Benson. "Do you think he was acting as more than just an aggressive journalist?"

"He seemed like an activist," Benson agreed. "Of course, I only watch Fox all the time. But I've heard that he's very good at his job, he's a versatile journalist [but] in this circumstance, I thought the line of questioning for the attorney general of Florida, under the circumstance and given the context of what had just happened in that state, it was a bizarre non sequitur."

"It seemed like he was browbeating her for unrelated political thought crimes in her past," Benson added, "which did not relate to the to the task at hand, which is roundly condemning the horrific atrocity that happened."

Kurtz wondered what Pam Bondi's crusade against gay marriage had to do with her sudden support of the LGBT community after the nightclub shooting.

"Did that make her a bigot, was that the underlying premise of Cooper's question?" Kurtz opined.

"It was," Benson replied. "The only way this line of questioning makes sense is if your underlying assumption is that any opposition to any form of gay rights legislation is rooted in bigotry or hatred."

"I'm not going to assume that because she defended the state's gay marriage ban, she herself is hateful," he argued.