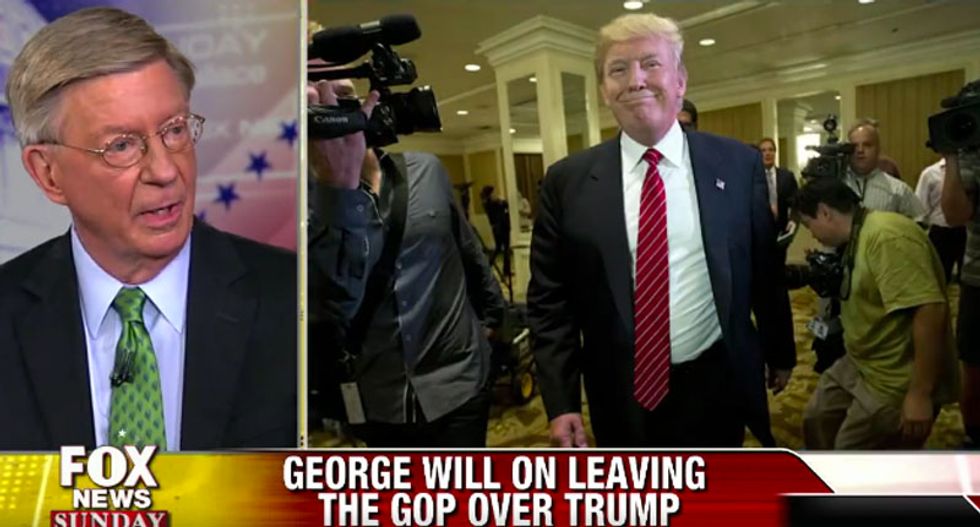 Comparing Will's decision to depart the GOP to the British Brexit vote to drop out of European Union, host Chris Wallace asked Will to explain his schism with the party.

Will noted Trump's meeting with Speaker Ryan despite their "vast differences."

"I thought that was puzzling, doubly so, because afterwards Paul Ryan didn't endorse him," Will continued. "After Trump went after the Mexican judge from northern Indiana, then Paul Ryan endorsed him. I decided, then in fact, that this is not my party anymore. I changed my registration to unaffiliated twenty-three days ago."

Citing one of his idols, Will added, "As Ronald Reagan said when he changed his registration, 'I did not leave the Democratic party, the Democratic Party left me.'"

Asked by host Wallace about Trump's Sunday morning tweet calling the columnist "overrated," Will replied, "He has an advantage on me. He can say anything on any subject in 140 characters and I can't."