'God paid him back with Parkinson's disease': The death of Muhammad Ali brings out the trolls 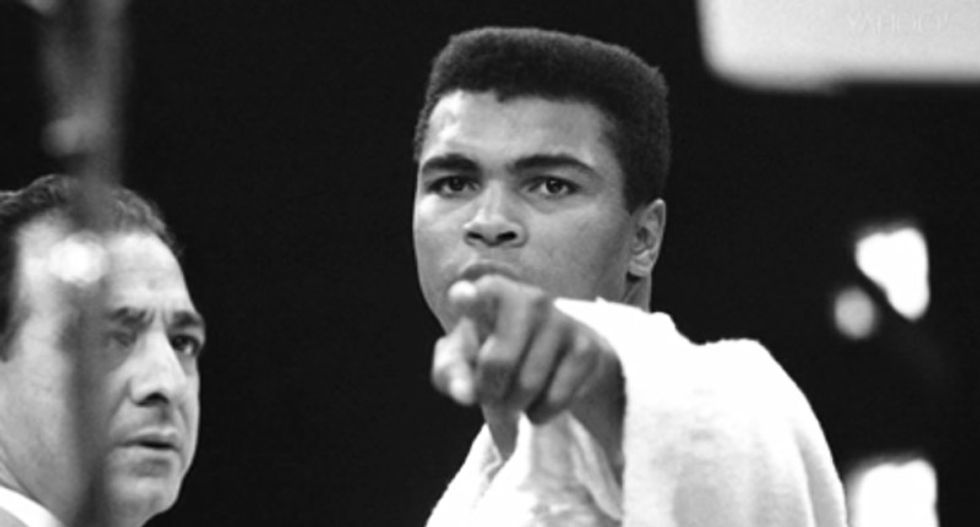 To the surprise of no one, the tragic death of boxing icon Muhammad Ali brought out the ugly side in some people who faulted him for everything, including his religion, his stance against the Vietnam War and his outspokenness about social issues.

Once the world's greatest and best known athlete, Ali was never one to hold back when he had an opinion, speaking his mind during the Civil Rights movement and in opposition to the war in Vietnam when he refused induction into the service.

Ali famously stated his case when he told the press, "My conscience won’t let me go shoot my brother, or some darker people, or some poor hungry people in the mud for big powerful America. And shoot them for what? They never called me nigger, they never lynched me, they didn’t put no dogs on me, they didn’t rob me of my nationality, rape and kill my mother and father. … Shoot them for what? How can I shoot them poor people? Just take me to jail."

The former Cassius Clay also baffled the American public when he converted to Islam at a time when it was more of a curiosity than a racist dog whistle for political demagogues looking for votes by inciting bigotry.

Naturally all of these came into play for people who used used his death to to attack him hours after he died.

So the world is sad bcuz a black Muslim racist is dead. Why? Did you know KKK admired Muhammad Ali for being against inter-racial relations?
— FJ (@FJ) 1465038029.0

Muhammad Ali died as a Muslim without the Blood of Christ. We should be reminded that the rich and famous need Jesus too. Very, very sad.
— Joseph LeRoux (@Joseph LeRoux) 1465040785.0

At Yahoo Sports, people used his death to vent over long-held grudges.

"I never had much use for this guy. I was drafted in 69'. I served my country. At the time, right out of high school I did have a job and was driving a Volkswagen (A Cadillac was never a goal of mine). I had to drive through a Black ghetto to get to work every day. I didn't like getting harassed from these people. I didn't do anything to them, just drove down a city street to get to work," Silenzio wrote. "I lived in the USA the same as them. This guy had the money to leave and migrate to a country that would accept him better. I didn't. To read this stuff about him makes me angry. He got to represent his country in the Olympics. Made a lot money. Was successful. But this big man was scared to death to fight for his country. God paid him back with Parkinson's disease. In the end he paid his dues. God bless him."

"I missed the paragraph about his war experiences , like Ted Williams , Joe DiMaggio or even Elvis," wrote Derrik Lutz

Tom added, "A great, great fighter, but a racist all the way. I did get to see his first fight with "Smoking Joe", and it was epic. He denounced Jesus and Christianity saying 'I don't need no white man's Jesus'. Unlike the Great Joe Lewis, he refused military service. He liked living in the USA, but unlike many, many professional athletes and famous movie stars (Black and White), he just didn't want to give back to his country."

"I'm gonna say something everybody is too afraid to say. Muhammad Ali was a uncle tom," wrote Alex WD-1.