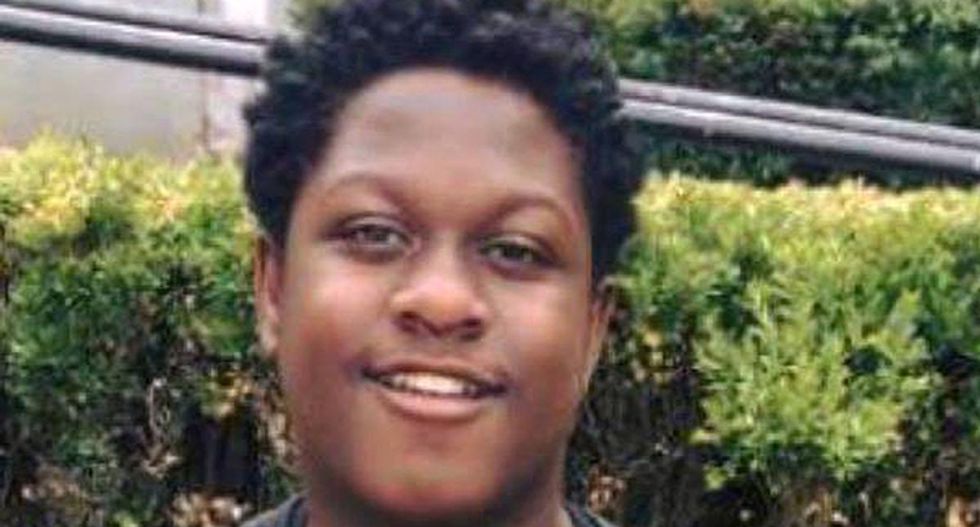 Calling it "murder," an ex-NYPD officer said a black teen died of an asthma attack last Friday after being chased by a group of white youths using racial epithets and waving a gun at him, reports the New York Daily News.

Dayshen McKenzie, 16, was unable to be resuscitated by former police officer Diane Fatigati after she found him collapsed following the chase that reportedly began over a fight about a girl.

According to Fatigati, the group chasing McKenzie and his friends consisted of young white males and one Hispanic male, and  involved two cars with Pennsylvania plates.

“To me, it’s murder,” said Fatigati, whose used CPR on McKenzie. “They were chasing him — that’s a crime. You’re hunting them because they’re black ... You’re calling them a n****r.”

According to a friend of McKenzie's they met up with the group behind a local restaurant and tempers flared leading to the deadly chase.

Fatigaiti confirmed Smith's story saying she heard one of the white youths shout, “I got a gun!” as they raced through her neighborhood.

According to McKenzie's mother, Tisha Richardson, her son normally carried an inhaler but left it behind the day of his death.

Based upon Fatigati coming forward, local police have opened up a new investigation into the teen's death after previously stating there was no mention of racial issues in the initial probe.