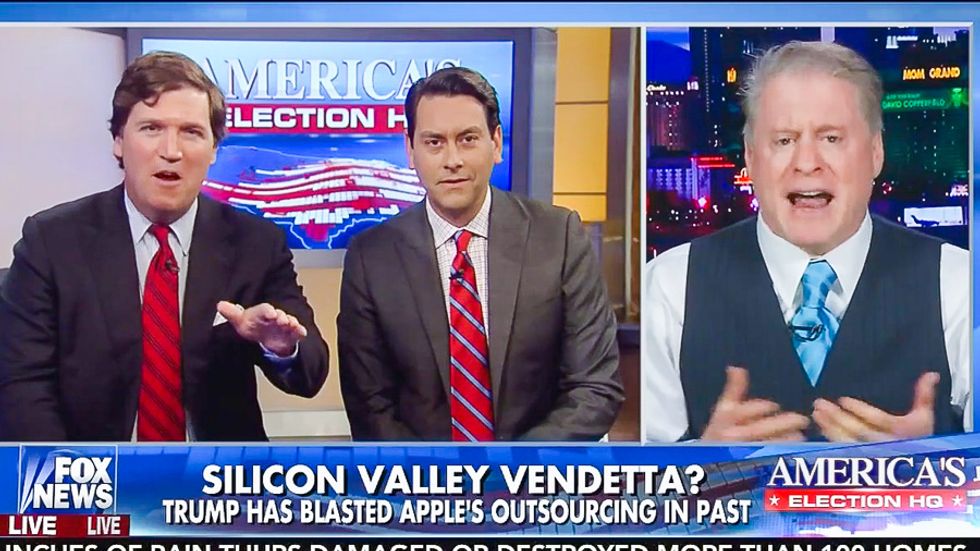 According to reports, Apple told the Republican Party that it would not be assisting with this year's convention because Trump's policies against Muslims, LGBT people and other minorities could directly impact its employees.

On Sunday, Root doubled down on his call to oust Apple CEO Tim Cook for refusing to back Trump's convention.

"I wouldn't be surprised if in the last week they've lost some business," Root opined to Fox & Friends. "And I'm sure it's going to build as the word gets out as we get to the convention and people hear about this terrible, terrible business decision -- biased business decision, I think a reckless business decision."

"Have some patience, I think Apple is going to feel it in the pocketbook eventually."

Fox News host Clayton Morris pointed out that Apple may view the move as a "good business decision" because Trump had called for a boycott of the company's products over its stance on privacy.

"As the CEO you can make a personal decision, but you have no right to make a business decision and offend half your customers," Root insisted.

"We have no word from Apple if they are not going to donate stuff to the DNC also," Morris explained. "So, we still don't know the other half of this story. But as you can tell, we have a lot to say about it."

"The only thing that I know is that this Brexit was all tied into what we're talking about," Root said. "I think that people all over the world are getting sick of big companies, big corporations and big media and big government all being tied together and making decisions that hurt the people."

"I agree with you on that," co-host Tucker Carlson interrupted.

"I think Apple's tied to it," Root ranted on. "I think the United States government, Obama [is] tied to it. I think Brexit's tied to it."

"I think it's time for Trexit, which is Donald Trump."