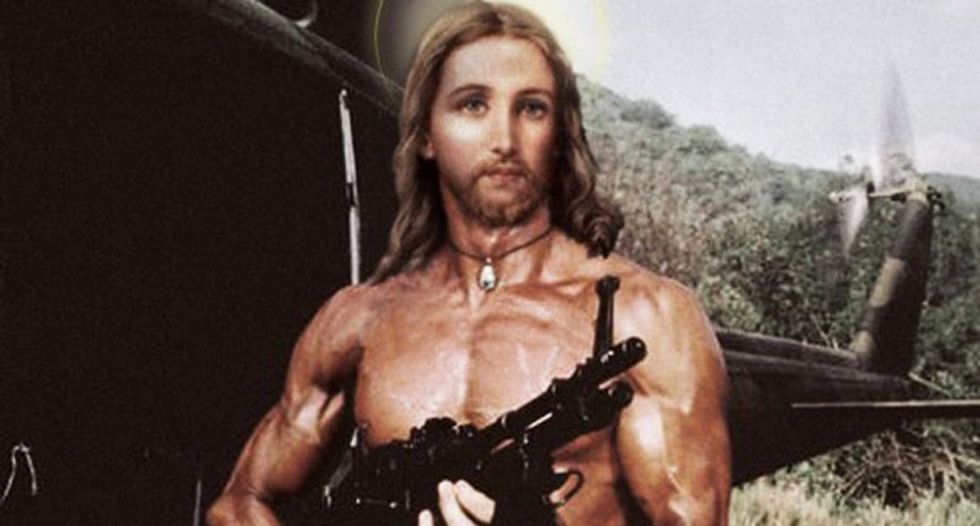 The announcement that plans are in place to produce a sequel to Mel Gibson's 2004 blockbuster Jesus film "The Passion of the Christ," was met with near universal mockery on Twitter Thursday night with most commenters asking: "Why?"

According to Randall Wallace, who also wrote the screenplay for Gibson's "Braveheart," the project will focus on the the Resurrection.

"'The Passion' is the beginning and there's a lot more story to tell," Wallace said in an interview with the Hollywood Reporter after admitting that keeping the movie a secret had become too difficult.

Needless to say, commenters on Twitter found it ripe for ridicule and commentary and have been more than helpful in suggesting titles for the new film -- with a slant on making it the type of action film the "Lethal Weapon" star was known for earlier in his career.

Right out of the gate for the resurrection film was: "PASSION OF THE CHRIST 2: THIS TIME IT'S PERSONAL"

The Passion of the Christ 2 is trending. That can only mean one thing: A Jew-hating, drunk, Mary-Worshiping has-been in Malibu needs cash.
— Mrs. Betty Bowers (@Mrs. Betty Bowers) 1465519832.0

The brilliant concept of Mel Gibson’s “Passion of the Christ” sequel is that it turns out He was never Jewish. https://t.co/cDRlxTicrx
— Frank Rich (@Frank Rich) 1465529217.0

If you think the Supreme Court overturning abortion rights in this country was radical and shocking, you ain’t seen nothing yet. There was a convention you should know about this past weekend in Denver, funded by some of the wealthiest men and foundations in America, that has received altogether too little publicity.

Imagine if most public schools in the country closed and were replaced by for-profit charter and private academies — often racially segregated and only serving families who could afford their tuition — because the Constitution required federal compulsory education laws and federal funding for education (at all levels) to end.

Right-wingers thought they had a foolproof game plan in Kansas. It fell apart — and that could change everything

Pundits have been wearing out their thumbs on Twitter ever since the results of the Kansas referendum on abortion came in Tuesday night. The victory on the "No" side, against amending the state constitution to remove its protection of abortion rights, was decisive, 59 to 41 percent. Voting "Yes" in the referendum meant that the constitution could be amended and laws further restricting or banning abortion entirely could be passed in the state.

Republicans had made the vote confusing on purpose. To a casual observer, a "no" vote might seem to mean you were against abortion rights, and "yes" vote that you were for abortion rights, when in fact it was the other way around. The state Republican Party also scheduled the vote on primary day in August, when turnout is typically much heavier for the GOP in a state where Republicans outnumber Democrats almost two to one and frequently have competitive primary contests, while Democrats rarely do and their voters often don't bother to show up.. Furthermore, Republicans were betting that turnout among independents would be low because they are not permitted to vote in either party's primaries.

Following an "enormous" win in Kansas this week, reproductive freedom advocates see ballot measures as a tool to protect—and potentially even expand—abortion rights under attack by anti-choice policymakers.

"We know that Kansas will not be our last fight, or our last victory."