Katrina Pierson: Romney's mad because Trump has 'a Gucci store worth more' than him 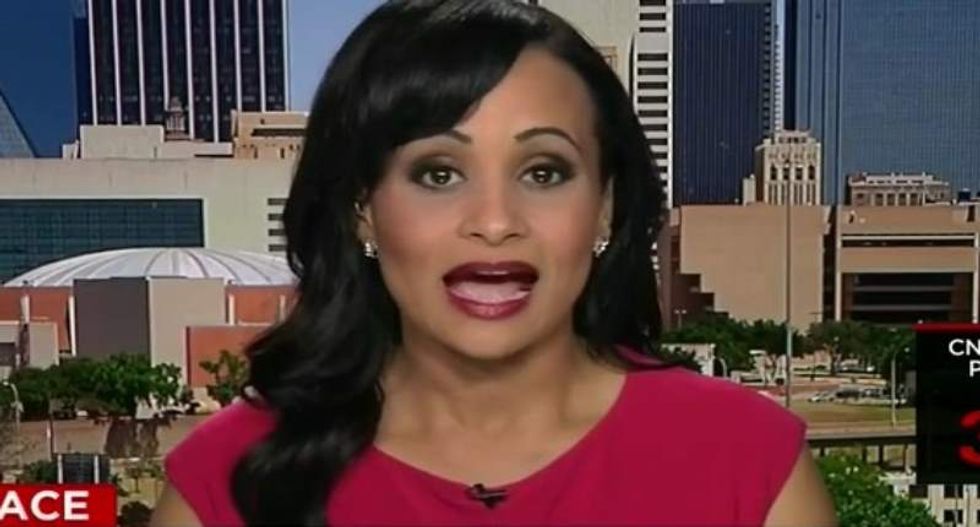 "I think Mitt Romney's really just upset because when he did attack Donald Trump on his business, Donald Trump let the whole world know that he had a Gucci store that was worth more than Mitt Romney," Pierson told CNN host Wolf Blitzer. "So this is just sour grapes."

The tete-a-tete between the Trump campaign and the GOP's 2012 presidential candidate touched off when Romney rejected the idea of voting for the real estate magnate, saying that he could generate "trickle-down racism, trickle-down bigotry, [and] trickle-down misogyny" if he were to be elected.

"As an individual I simply can't put my name down as someone who voted for principles that suggest racism or xenophobia, misogyny, bigotry, who's been vulgar time and time again," Romney told Blitzer.

"There's somehow a concept that being against Donald Trump is somehow against your values, against your integrity," she said. "The last time I checked, if your values included surrendering the Supreme Court, giving up the First Amendment, Second Amendment and all those that follow, if those are your values, then maybe you should vote for Hillary Clinton because that's what's going to happen if these Republicans don't support their nominee -- which is what they asked all of us to do when it was Mitt Romney."