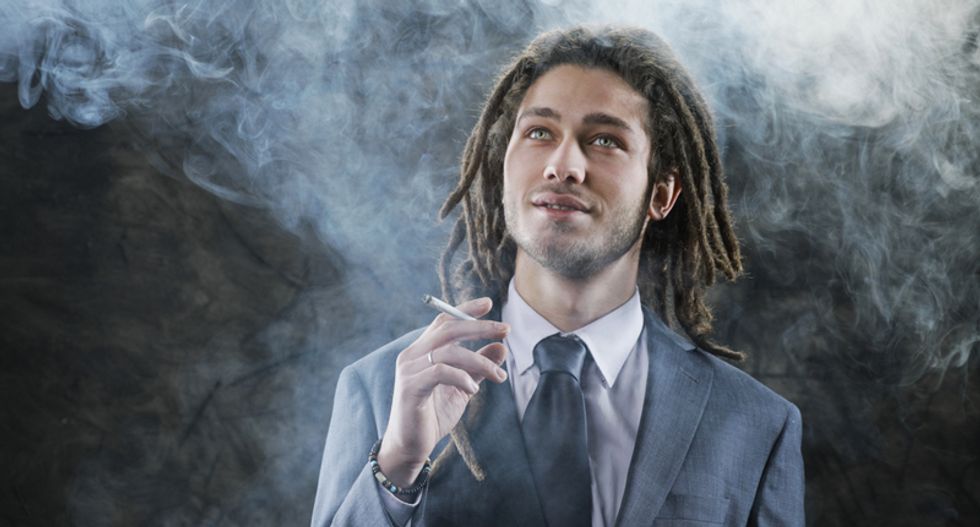 A non-denominational church in Lansing, Michigan will be holding their first weed service -- followed by a potluck -- on Sunday as part of an outreach program designed to destigmatize marijuana usage and combine it with spirituality.

According to the Lansing State Journal, the First Cannabis Church of Logic and Reason will be meeting inside the Lansing Farmers Herbal Market, where 34-year-old ordained minister Jeremy Hall says they will be passing around a roach collection jar for marijuana patients in need.

"What I'm hoping to accomplish in the long run is to provide a place where people can be spiritual, but can also feel safe to take any of their medication," Hall, a state-licensed medical marijuana patient and caregiver, explained. "If they also feel cannabis is part of their spirituality, they can combine the two in a safe environment."

According to Hall, Lansing is a prime location for the church services, since the city embraced weed following passage of the state's Medical Marijuana Act of 2008.

In 2013 Lansing voters passed a City Charter amendment stating nothing in the city's Code of Ordinances restricts the use, possession or transfer of less than one ounce of marijuana on private property by a person who is at least 21.

Hall noted that the service will be held on private property so he doesn't anticipate any problems for the 40 locals who have already signed up on Facebook stating that they will be attending.

According to the minister, "The church will be providing free 'religious material,' a.k.a. cannabis pre-rolls, for the congregation to enjoy as well as a main course. We invite everyone to bring a small dish/drink/dessert, medicated or otherwise, to pass around before the service."