Morning Joe slams ‘stupid‘ Trump’s attacks on Warren’s heritage: ‘What the hell’s wrong with them?’ 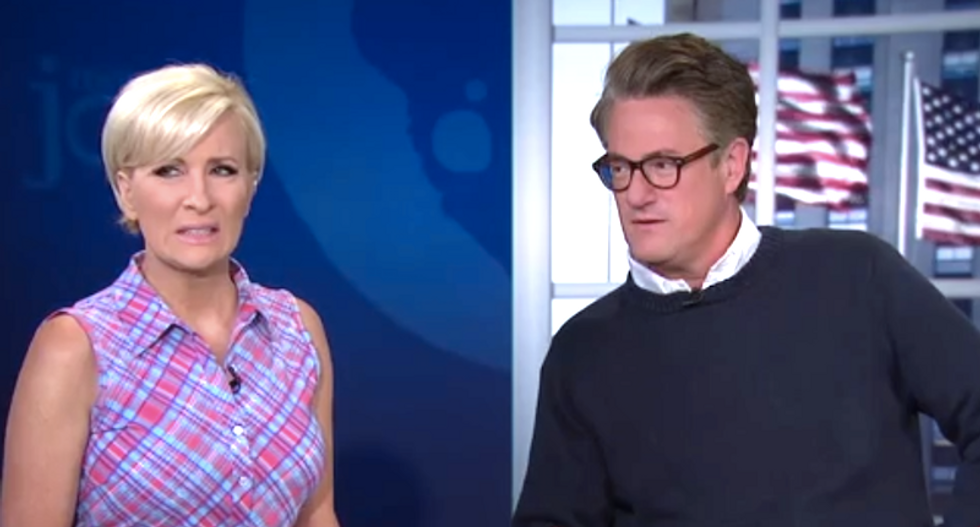 Elizabeth Warren has demonstrated a unique ability to get under Donald Trump's skin -- which she mocks as "thin" and easily permeated -- and the Republican candidate has responded the only way he knows how: with obnoxious insults.

Trump repeatedly responds to the Massachusetts senator's criticism by calling her Pocahontas, a slur against her Native American heritage -- and a tactic MSNBC's "Morning Joe" argued was both lame and insulting.

Scott Brown, who lost his re-election bid to Warren in 2012, has come to Trump's aid by calling on the senator to prove her Native American ancestry with a DNA test.

Scarborough said the attacks against Warren's racial background were a bizarre and ineffective distraction.

Co-host Mika Brzezinski said Trump had promised to act more presidential now that his campaign has pivoted to the general election -- but that hasn't happened yet.

"They say they're going to turn the page and pivot toward the general election and have a more elegant -- but, you know, you can't if your candidate is releasing ridiculous, cartoon-like, kindergarten-like statements," Brzezinski said.

Trump calls Warren 'Pocahontas'... @JoeNBC: If you're going to turn the page, you can't keep turning back https://t.co/TIzb0LtvG5