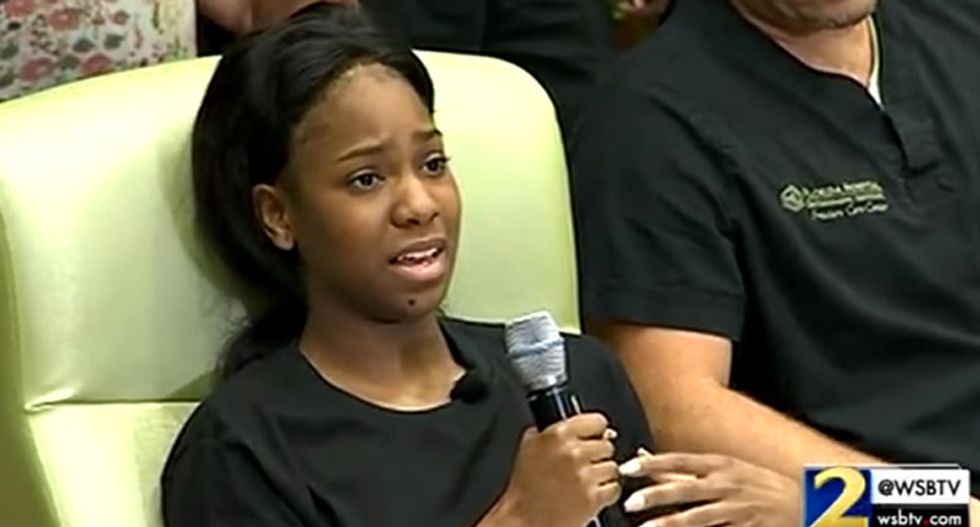 A survivor of the Orlando mass shooting that took 49 lives last Sunday is having to fend off online conspiracy theorists who claim she was a "crisis actor" in a staged event, Philly.com is reporting.

Patience Carter, who was shot in the leg by Omar Mateen in Pulse nightclub, has previously spoken of the night of terror, describing how the gunman said he was sparing black people because they had "suffered enough."

Discovering that Carter is an intern at Fox 29 in Philadelphia, conspiracy theorists have latched onto her -- accusing her of being a fraud who was paid to be part of a staged event to bring about gun confiscation.

According to one commenter: "There she is. On Fox F*cking news. On Fox F*ck news. There she is. Once again, the F*cking bullsh*t they are shoving down people's throats. We need to arrest all these people. This has gone way to far. They have pulled this out too many times. There has to be change. There's no way they can use this event. This is faked. This is staged. They are using actors. There is no doubt about it. This is 100% bullsh*t."

Another conspiracy theorist took photos from Carter's Instagram account and manipulated the time stamps to make it appear that she was uninjured after the shooting. The actual photo posting on Instagram shows a date of 11 June 2016.

Posting a photo of her leg in a cast on Instagram, Carter took the time to shoot back at her critics, writing: "It's your outrageous insensitivity that makes me want to heal even faster, and grow even stronger."

Carter lost one friend in the shooting, 18-year-old Akyra Murray.

Watch video of Carter describing her ordeal below via YouTube: