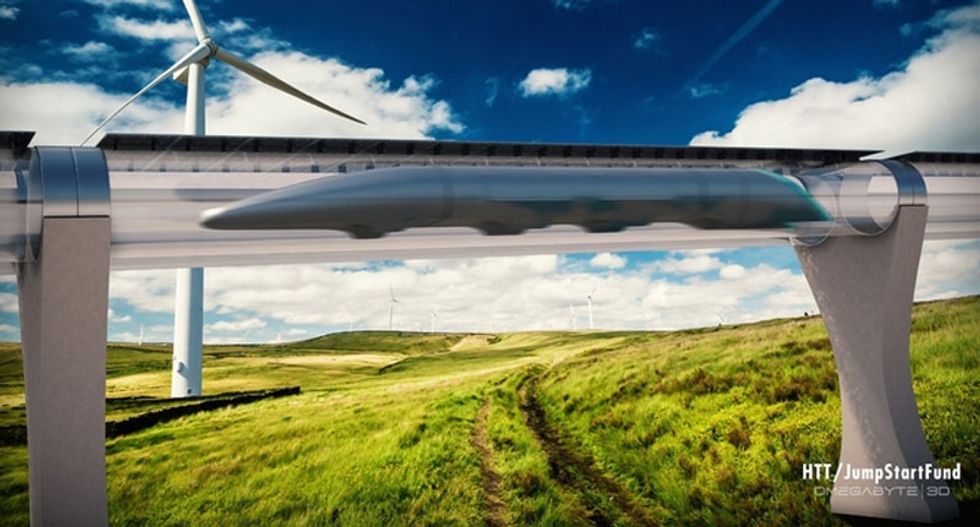 A Russian state fund said Wednesday it had invested in the company Hyperloop One which is developing a futuristic train project that will propel people and cargo in capsules via low-pressure tubes.

The Russian Direct Investment Fund, which was launched with support of the Kremlin in 2011 with the goal of attracting investment to Russia, made the undisclosed investment during an April fundraiser along with General Electric and the French railway company SNCF.

The amount in question was "very modest," the fund's chief Kirill Dmitriyev said in televised remarks, but the goal was to implement the project in Russia.

Dmitriev said the fund wanted to "test these technologies in Russia as soon as possible" together with Russia's railway monopoly Russian Railways (RZD).

Hyperloop One is a young US-based start-up that got the transportation market excited with the prospect of zipping people in pods moving through tubes at speeds of up to 1,200 kilometres (745 miles) per hour.

Hyperloop One's vice president Bruce Upbin said the company would also work on a feasibility study for Moscow after a deal was struck with the mayor of the notoriously congested Russian capital Sergei Sobyanin.

The technology could "give capital region commuters weeks of their lives back by moving them out of cars and into Hyperloop One vehicles gliding at speeds north of 400 mph," he wrote in a post on the company website.

Hyperloop One is also in talks with Russia's giant Gazprom, on possibly using land taken up by gas pipeline infrastructure to build the transportation network, notably to Asia.

The company further discussed with Russia's transportation minister Maxim Sokolov a Hyperloop track that would link China with the port of Zarubino on the Pacific Ocean across 70 kilometres of Russian territory.