Sanders previews convention demands ahead of meeting with Clinton 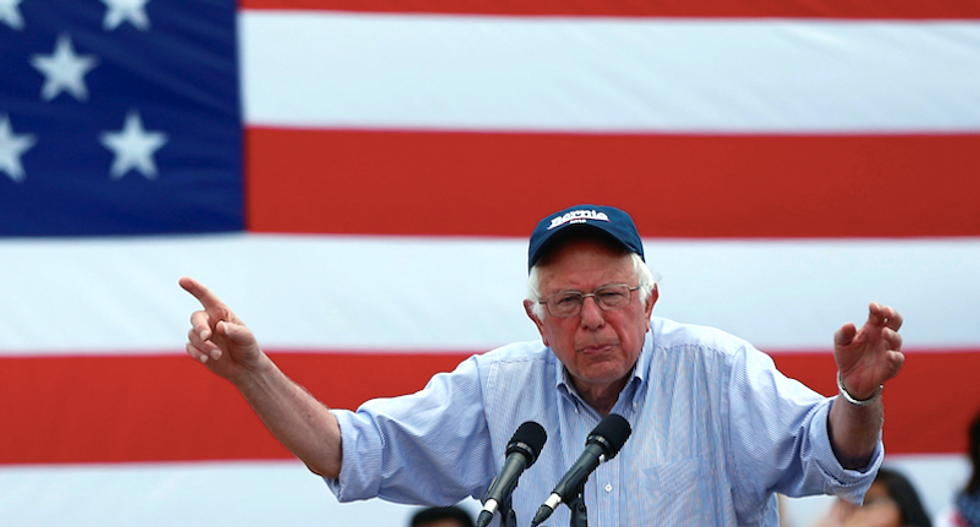 Hours before rivals Hillary Clinton and Bernie Sanders were to meet on Tuesday when the Democratic presidential nominating contests conclude, Sanders said he would push for "the most progressive platform" ever passed at the party's convention next month and to reform the nominating process.

Sanders, a U.S. senator from Vermont, said he was looking forward to his meeting Tuesday night with Clinton, which comes as the self-styled Democratic socialist is facing pressure to formally concede in the fiercely fought Democratic primary and begin working with Clinton to unify the party to take on Republican Donald Trump in November.

"The time is long overdue for a fundamental transformation of the Democratic Party," Sanders told reporters at a last-minute press conference he called in Washington, D.C., which on Tuesday is holding the final Democratic nominating contest.

Sanders' demands for reforms to the nominating process included same-day voter registration; adequate resources to timely count ballots; elimination of closed nominating contests, in which a voter must be registered as a Democrat or Republican to participate; and doing away with superdelegates, who are unelected but pledge support to a candidate.

The meeting between Clinton and Sanders was planned on June 7 when the former secretary of state secured enough delegates to become the presumed Democratic nominee, scoring victories in heavily populated states California and New Jersey.

"Secretary Clinton and Senator Sanders agreed to meet when she called him last Tuesday night," a Clinton campaign official told Reuters. "She looks forward to the opportunity to discuss how they can advance their shared commitment to a progressive agenda, and work together to stop Donald Trump in the general election," the official added.

Sanders has promised supporters that he would remain in the race until every vote was cast, and that he would continue to push his agenda - which focuses on wealth inequality, health, education and the environment - at the Democratic National Convention in Philadelphia in July.

Top Democrats took steps last week to begin rallying behind Clinton, however, and ease Sanders out of the race without alienating his supporters.

President Barack Obama endorsed Clinton last Thursday, hours after meeting with Sanders at the White House. Sanders also went to Capitol Hill to meet with Senator Harry Reid, the top Democrat in the Senate. Reid said after that meeting that Sanders had accepted Clinton was the Democratic nominee.

Clinton also last week secured the endorsement of U.S. Senator Elizabeth Warren of Massachusetts, who remained neutral in the primary race until it was clear Clinton would be the nominee. Warren's populist credentials will boost Clinton's ability to court Sanders' voters.