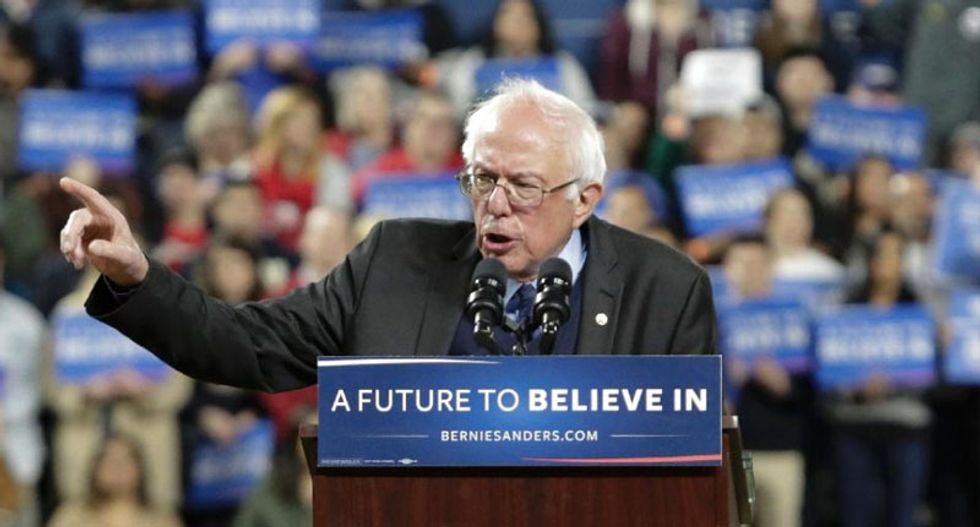 Supporters of Sen. Bernie Sanders (I-VT) plan to challenge the nomination of New York Gov. Andrew Cuomo as the state's delegate chair for next month's Democratic National Convention after not being allowed to challenge it at a party meeting.

According to Politico, the dispute erupted at a meeting of the Democratic State Committee, and footage posted online shows attendees shouting as party secretary Mike Reich closed nominations, preventing a vote on whether Cuomo should be the chair.

Reich then announced that Cuomo had been named chair, prompting loud booing from the audience.

"Did you hear? There were like 15 motions here," said Nomiki Konst, a delegate supporting Sanders who approached Reich and spoke using a microphone at the front of the meeting hall.

"I don't know who you are," Reich responded. "You haven't been given the floor."

Konst's microphone was then cut as the meeting continued. Konst is seen asking supporters to raise their hands if they had a motion. Seconds later, Reich can be heard shouting, "You're out of order" at her. She is then seen approaching a man who allegedly ordered the microphone to be turned off and asking why it happened. He refuses to answer her question and instead looks past her.

"Democrats eat their young," Konst says in frustration after speaking with other officials later on.

The footage, posted online by a group supporting the Vermont lawmaker, also captured an encounter between Millenials for Bernie organizer Moumita Ahmed and an older man in the audience. Ahmed is seen approaching the man and telling him, "Don't you ever f*cking touch me." As she walks away, a sound -- which she said was the man's cane hitting her -- is then heard.

The state committee's executive director, Basil Smikle, told Politico in a statement that the pro-Sanders delegation had been kept apprised of the leadership selection process leading up to the meeting.

"Sanders representatives were also provided information on the process and the format of the meeting. Nominations were open to the floor, and then closed once none were offered," Smikle said. "It is clear this primary has generated a lot of energy and enthusiasm. That's a good thing, and its what's needed to ensure Donald Trump is defeated and Hillary Clinton becomes our next president."

However, Konst said that her delegation planned to file a legal complaint in the wake of Reich's actions.

"By virtue of them not following the rules, that vote is null and void," she said. "There's overwhelming documentation that people were motioning and he just moved forward."

Watch footage of the meeting, as posted online, below.