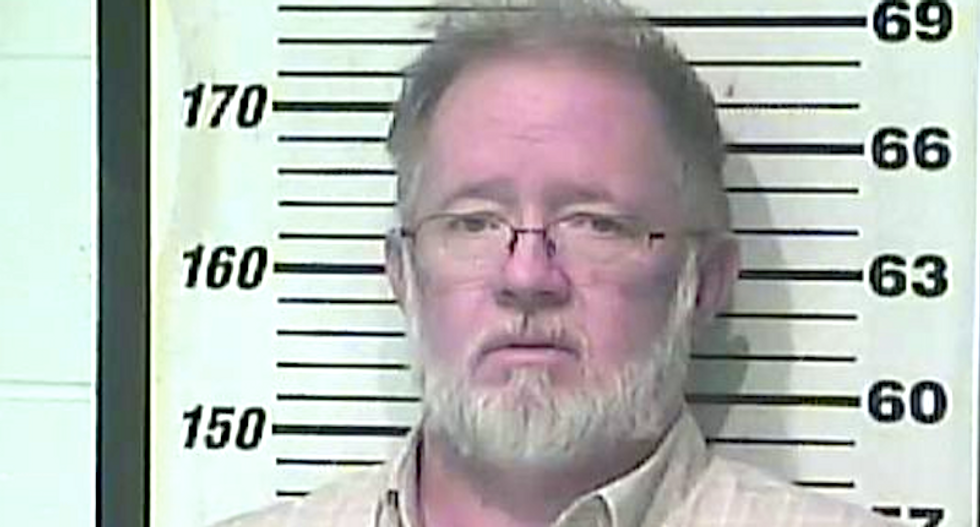 A Tea Party activist who frequently argues against anti-drug measures at government meetings has been arrested for illegally selling prescription drugs.

John "J.R." Roth was arrested Thursday night in Highland Heights, Kentucky, and charged with felony trafficking in a controlled substance after police said he sold 10 oxycodone pills to an informant, reported the Cincinnati Enquirer.

The 60-year-old Roth, who is a Donald Trump supporter and promotes "birther" conspiracy theories, is a fixture at local government meetings in Campbell County, where he complains about government spending for almost anything.

He was one of three plaintiffs who filed a lawsuit in 2012 to repeal the property tax that funds the county's libraries.

Roth and two other members of the Northern Kentucky Tea Party hired a lawyer the year before, when the county library was considering a plan for a new branch, to investigate whether the library board was violating a state law regarding its debt level.

The lawyer determined the library had not exceeded its debt limit -- but he found another statute that appeared to prohibit the library board from raising taxes without voter approval.

Similar lawsuits were filed in other counties throughout the state.

The tax repeal would have dramatically cut library funding and would have resulted in branch closures, reduced hours and services, and the loss of jobs.

Tax opponents argued that library patrons wouldn't miss much because books and movies are readily available online sellers such as Amazon -- although many patrons rely on libraries for free computer and Internet access.

The lawsuit ultimately failed, after the Kentucky Court of Appeals reversed two circuit decisions last year that had found library districts in Campbell and Kenton counties had improperly raised taxes for decades.

The appeals court ruled that libraries may raise taxes without voter approval as long as the amount does not bring in 4 percent more revenue than the previous year.

Roth, who has been previously cited for animal cruelty and accused of domestic violence, was released from jail on bond.

If convicted, the Tea Party activist faces up to five years in jail.