Tom Morello: Ali showed me how to 'express my opinion in a way that is unapologetic' 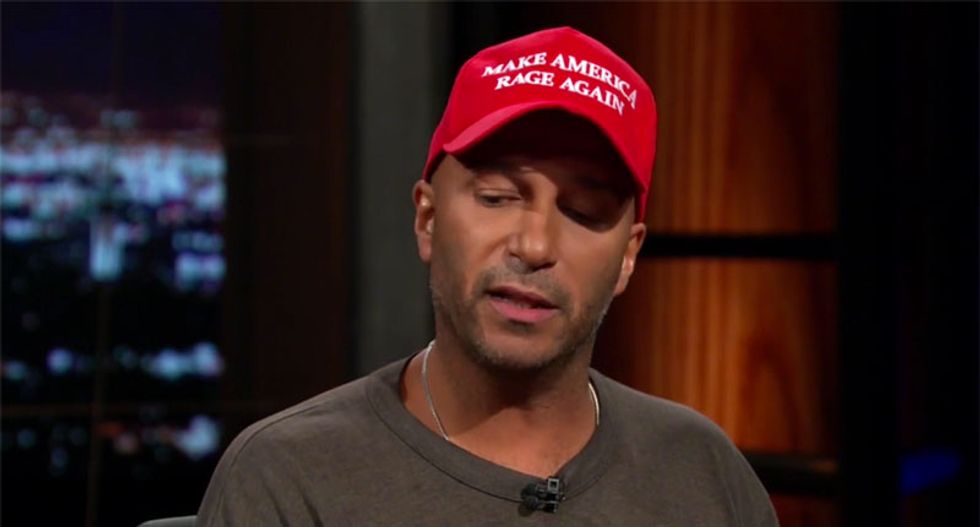 Appearing on HBO's Real Time, former Rage Against the Machine guitarist Tom Morello reminisced with host Bill Maher about the late Muhammad Ali, recounting how Ali showed him the way to use his career to "inflict his worldview upon the public" without apology.

According to Morello, he met the boxing great when he was only nine years old on Jamaica Air flight, when Ali announced over the intercom that he was flying the plane because he was "the greatest," before signing autographs for the passengers.

"It was completely revolutionary," Maher explained."For everyone who is younger, who grew up in a world of hip-hop, where braggadocio is a big part of life. You know I used to say, rap is affirmative action for the ego."

Morello chimed in to explain how Ali influenced him when he was younger.

"I was attracted to Muhammad Ali by how he used his vocation to inflict his worldview on the public, and it was unapologetic," Morello explained. "In the same way with Nelson Mandela, there's been a sort of a whitewash of who Muhammad Ali was. He was a person who said, 'You might not like my religion, but it's my religion. You might not like the color of my skin, or my opinions, but I am just as American as you are. And the powers that be can shove it, because I'm the champion of the world and I'm the peoples' champion.'"

"And that's thing, as a kid, that made me think, in my vocation, I can express my opinion in a way that is unapologetic as well."

Watch the video below via Real Time: