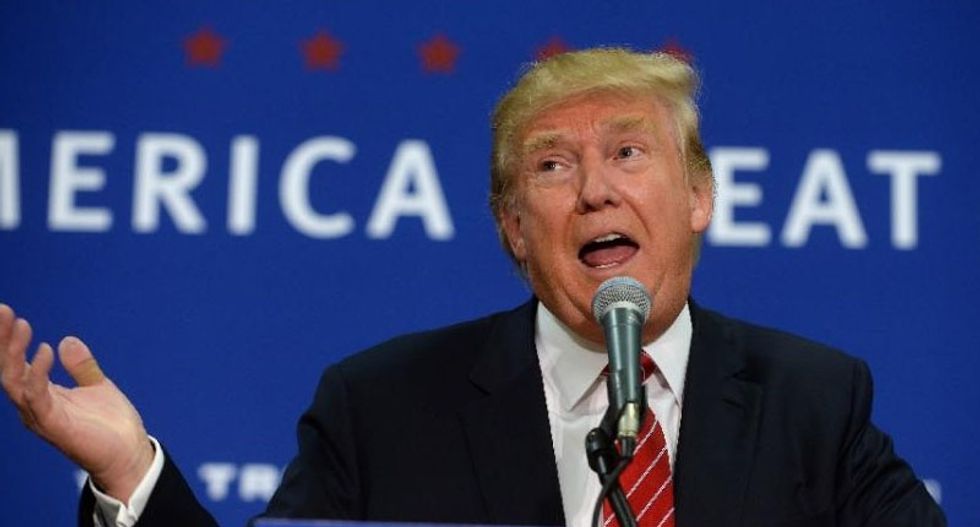 A nonpartisan campaign watchdog filed a complaint with the Federal Election Commission demanding action against Donald Trump -- who they say has violated federal law by asking foreign officials to donate to his presidential campaign.

A Scottish member of parliament revealed that Trump's campaign had solicited her by email for campaign funding, which she said was then followed up with a second plea from the candidate's son, and he reportedly asked officials in other countries to donate.

The Campaign Legal Center filed a complaint Wednesday with the FEC, which prohibits foreign nationals from "contributing, donating or spending funds" on any U.S. elections.

The watchdog group, along with the election watchdog group Democracy 21, demanded the FEC send a "clear message" to Trump and other candidates that foreign money isn't permitted in U.S. elections.

"Donald Trump should have known better," said Paul S. Ryan, CLC deputy executive director. "It is a no-brainer that it violates the law to send fundraising emails to members of a foreign government on their official foreign government email accounts, and yet, that's exactly what Trump has done repeatedly."

Ryan pointed out that the FEC held a forum just last week highlighting how foreign corporate money could infiltrate American elections, and he said Trump's "fundraising antics" show that individual candidates must be monitored for possible wrongdoing.

"If the FEC fails to take action on our complaint, it could send a message that Trump and other candidates have the green light to fundraise overseas,” Ryan said.

Democracy 21's president urged the FEC to investigate how many of the illegal solicitations were sent, and to whom, and to determine whether Trump has received any foreign campaign contributions.

"This is a strange and unique development that we have not seen before in campaign fundraising," said Fred Wertheimer, Democracy 21 president.

Trump's campaign sent the solicitation emails to the politicians' official government accounts, and he continued sending them even after foreign reports revealed the requests for campaign donation.

For example, his campaign asked Scottish members of parliament to "make America great again" while he was visiting Scotland to promote his golf course there.

The watchdogs said Trump's campaign should have known better than to solicit foreign leaders for campaign contributions, and a staff attorney said ignorance of the law was no excuse.

“Emailing fundraising requests to foreign addresses should have been a big red flag for the Trump campaign, but the campaign apparently didn’t conduct the minimal diligence the law requires to avoid running afoul of the foreign solicitation ban," said Brendan Fischer, associate counsel for CLC.