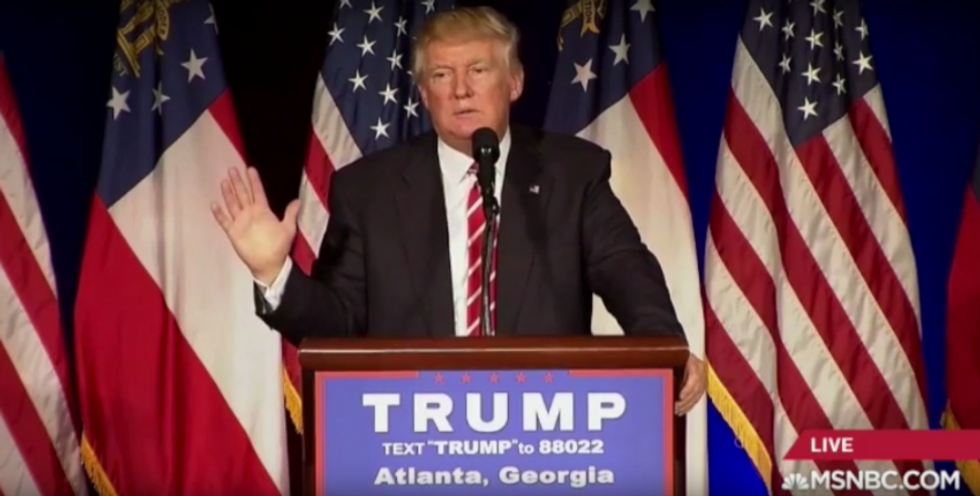 Last December in Paris, the nations of the world agreed to an ambitious goal for greenhouse gas emissions: to bring net emissions to zero in the second half of this century. Their objective: to limit global warming to 1.5 to 2 degrees Celsius (2.7 to 3.6 degrees Fahrenheit) above preindustrial temperatures, or equivalently about 0.5 to 1.0°C (0.9 to 1.8°F) above the current global average temperature.

The Paris Agreement set up a process by which countries commit to emissions targets and then, every five years, report on their progress and make increasingly stringent new commitments. Current national commitments, which lay out targets for the 2025-2030 time frame, aren’t enough to get us to the long-term goal. But the current commitments and the new process constitute a major step toward breaking the dangerous fossil fuel addiction of the last two centuries.

Market forces and public policy in the U.S. and around the world are already helping push the world away from carbon-intensive fuels and toward renewable energy. U.S. carbon dioxide emissions peaked in 2007, and it’s possible that Chinese emissions peaked in 2014. This market-led, policy-accelerated shift is making reduction goals more attainable than they seemed a decade ago.

Donald Trump’s “America First” energy plan, outlined in May and focused on expanding fossil-fuel production, would reverse these advances. Trump has promised to “cancel” the Paris climate agreement and pledged to reopen coal mines – a pledge which, given the unfavorable economics of coal mining, he could fulfill only through a massive expansion of corporate welfare for coal companies.

Backing out of the Paris Agreement would undermine U.S. leadership and stall greenhouse gas reduction efforts around the world. And expanding production of coal could return us to the pathway of rapidly rising emissions that characterized the 2000s.

The climate consequences of such a great leap backwards would be severe. Far from placing America first, they would threaten the health of Americans and of the American economy – not to mention people and economies throughout the world.

Two years ago, I co-led an analysis of several key climate-change-related risks facing the United States. Our team used state-of-the-art climate and economic models to assess multiple scenarios for the current century.

These scenarios, developed by the international climate modeling community, include a high-emissions future with expanded fossil fuel use and a low-emissions future in which, consistent with the aspirations of the Paris agreement, emissions go to zero in the second half of this century. Comparing the highest and lowest scenarios – let’s call them the Trump Trajectory and the Paris Path – provides a sense of the risks Donald Trump’s energy policy poses to our country and the planet.

Using the high scenario as a proxy for Trump’s policy, what changes could we expect?

Expected number of days in a typical year with highs above 95°F under the Trump Trajectory.

Carbon dioxide concentrations in Earth’s atmosphere will average about 404 parts per million (ppm) this year. While the Paris Path would keep them from rising above 450 ppm, the Trump Trajectory would elevate them over 550 ppm in the 2050s and – if policies consistent with rapid expansion of fossil fuel production were maintained – over 900 ppm in the 2090s.

By the middle of the century, climate models indicate that global mean temperature would likely be about 0.5°-1.6°F warmer than today under the Paris Path, but 1.6-3.1°F warmer under the Trump Trajectory. The models also show that, by the last two decades of this century, temperatures would have stabilized under the Paris Path, while the Trump Trajectory would likely be about 4.4-8.5°F warmer.

Sea-level projections by the Intergovernmental Panel on Climate Change (IPCC), by our researchgroup and by others indicate that global average sea level at the end of the century would likely be about 1-2.5 feet higher under the Paris Path than in 2000. Emerging science about the instability of the Antarctic ice sheet suggests it might be around three to six feet higher – or even more – under the Trump Trajectory. And, due to the slow response of the ocean and ice sheets to changes in temperatures, the Trump Trajectory would lock in many more feet of sea-level rise over the coming centuries – quite possibly more than 30 feet.

A continued rise in greenhouse emissions would also lead to a dramatic expansion of Americans’ exposure to extreme weather.

Over 1981-2010, the average American experienced highs above 95°F on about 16 days in a typical year. Based on our analysis of global climate model projections, the Paris Path would keep the likely number of such extremely hot days to about 22-31 in a typical year. Under the Trump Trajectory, they would likely increase to 27-50 days by the middle of the century and 46-96 days by its last two decades.

By the middle of the century, Pennsylvanians would likely experience about as many extreme heat days as South Carolinians do today; Coloradans nearly as many as today’s Californians; and Californians about as many as today’s Texans. And by the end of the century, the Trump Trajectory would make extremely hot and humid days similar to the worst of the 1995 Midwest heat wave – which killed over 700 people in Chicago – an annual occurrence in the eastern half of the country.

These changes would threaten both public and economic health.

Our analysis found that, if people respond in the future as economists and epidemiologists have observed them to respond in the past, the Trump Trajectory would by the middle of the century likely cause about 3,000 to 12,000 deaths per year in the U.S. Southeast, assuming the total population remained the same as today. By the end of the century, it would likely cause about 12,000 to 65,000 additional deaths nationally each year, again assuming total population remained the same.

Median projected change in heat- and cold-related mortality under the Trump Trajectory.

Meanwhile, the Centers for Disease Control has warned that warmer winters would expand the season and range of disease-carrying insects like mosquitoes and ticks, thereby increasing the risks posed by diseases like Lyme, West Nile and Zika. Sticking to the Paris Path would greatly diminish these health risks.

The high temperatures of the Trump Trajectory would threaten workers in sectors like construction and farming, who are exposed to outdoor heat. Without changing how they respond to higher temperatures, such workers would likely lose 15 to 45 working hours per year – another risk greatly curtailed by sticking to the Paris Path. In today’s economy, the effects of heat stress on the workforce would cost the United States about US$40 to $150 billion per year.

American farmers would be forced to find new ways to adapt to the weather of the Trump Trajectory. Without such adaptation, Midwestern farmers would face about a 25 percent reduction in crop yields, according to our analysis – another risk against which the Paris Path would protect. And with droughts like the current one in California projected to become more intense, Western farmers would have to cope with a new world of water scarcity.

Trump’s National Doral Golf Club in Miami would be inundated with 6 feet of sea-level rise.

Meanwhile, sea-level rise and possible increases in hurricane intensity will threaten the nation’s coasts. Under the Trump Trajectory, global sea-level rise of 6 feet by the end of the century is well within the realm of possibility.

Assuming current property values, our analysis found that six feet of global sea-level rise would cause Florida to face about $20 billion of additional damage from hurricanes every year, while the nation as a whole would face about $50 billion of coastal storm damage annually. About $700 billion of property in Florida – including much of Trump National Doral Golf Club in Miami, until recently the home of the PGA Tournament, as well as Trump’s Hollywood Beach condominium building – would fall below the high-tide line.

So too would about $900 billion of property in the rest of the country.

Climate change, in the Pentagon’s phrasing, will also act as a “threat multiplier” for national security challenges. Historical experiences indicate that extremes of temperature, rainfall and drought increase the probability that a nation will fall into civil war. And as we’ve seen many times over the last couple decades – in Afghanistan and Syria most sharply – other nations’ civil wars create wounds in which threats to American security can fester.

These are just some of the risks we have ways of measuring – “known knowns” and “known unknowns,” in the words of Donald Rumsfeld. The geological record warns us that there may be many more “unknown unknowns” we can’t measure.

It’s been at least 55 million years – and possibly much longer – since the planet has experienced a spike in greenhouse gases as large and rapid as that projected under the Trump Trajectory. During the Paleocene-Eocene Thermal Maximum (PETM), 55 million years ago, a rapid release of carbon dioxide caused global mean temperature to spike by about 9°F. For about 30,000 years, the heat stress caused mammals and insects to shrink in size.

Climate change is real. It’s not a hoax, and it’s not science fiction. We’re observing it happening today, and it’s creating real risks, some of which we can measure. The energy policy choices we’re making today are shaping the risks the children alive today will have to manage as adults. If we redouble the efforts to hew to the Paris Path, we can limit the burden we place upon them. If instead we switch to the Trump Trajectory, they will live on a planet transformed beyond recognition, a world for which they should not forgive us.