Trump's 'my African-American' admits 'I am not a Trump supporter' 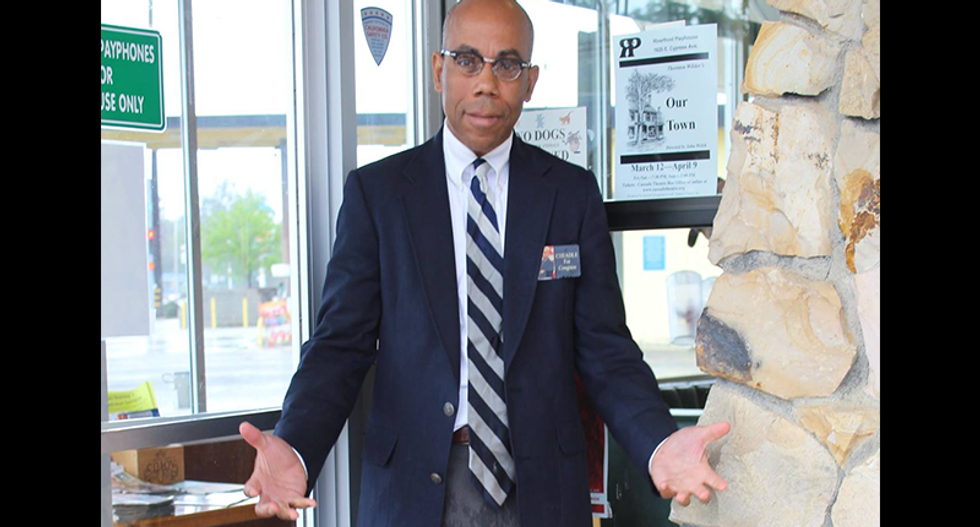 California congressional candidate Gregory Cheadle might be an anti-government Tea Party member, but don't call him a Trump supporter.

In a weekend interview with NPR, Cheadle admitted that he was holding the "Veterans for Trump" sign, not as support, but rather, to block the bright sun at the outdoor rally.

Trump singled Cheadle out at the California rally Friday, touching off a storm of criticism for placing ownership on the man when Trump called him "my African-American." In the interviews that followed, Cheadle graciously accepted the fame and honor of the attention, but it was the most recent one where he admitted he's not actually a supporter.

"Trump talked about the racism, the stereotypical racism targeted against black men by bringing that incident out," Cheadle said. "He said the people near where the incident took place were about to jump on the black man because they thought he was a protester when in reality he was a supporter."

He explained he wasn't offended by Trump's statement because the presumptive GOP nominee was speaking positively about black people prior to singling him out. "People around me were laughing [at the fact] that he noticed me and everybody was happy. It was a jovial thing."

"I am not a Trump supporter," he continued. "I went to go hear Donald Trump because I have an open mind."

He further said that he's not tied to any particular party, despite being registered as a Republican candidate for the first congressional district.