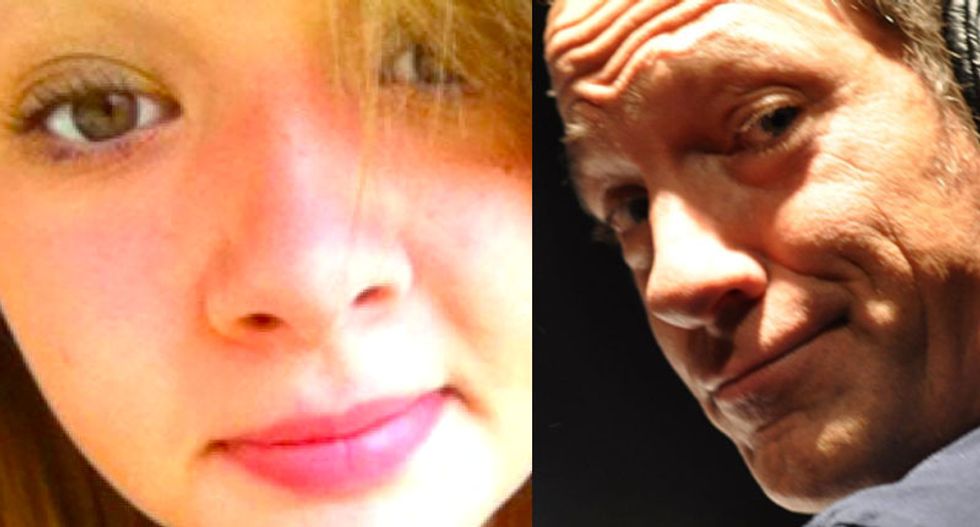 [Editor's Note: A previous version of this story identified TV presenter Mike Rowe as "affiliated" with SkillsUSA. We have since learned that he can more precisely described as a "donor" to SkillsUSA. Raw Story regrets the error.]

TV host and pitch man Mike Rowe took to his Facebook page to address the controversy over Ohio teen Shania Clifford being denied a spot in a national masonry contest and ended up smearing her character in the process.

Rowe, who hosts the Discovery Channel series Dirty Jobs and is a donor to the contest SkillsUSA sponsors, responded to a question on his Facebook page about Clifford based on an article found here on Raw Story.

Clifford thought she was going to a national leadership and skills conference after coming in first place in a SkillsUSA Ohio masonry competition, only to find out that her spot had been awarded to boy who came in third. It was later determined that the scores had been input incorrectly, however Clifford was never notified and only found out that she was passed over after reading about it on Facebook.

Clifford's place in the local competition was downgraded to third based upon the correction in the scores, but she was still allowed to keep the first place gold medal after the controversy embarrassed all involved.

For some reason this annoyed Rowe who, after explaining the errors involved, pushed the teen to return the medal to prove that she is a person of good character while playing the "everybody gets a trophy" card.

"Obviously, Shania should have been alerted to the discrepancy before anyone else. If that didn’t happen, someone should answer for it. But the bigger question now, is what should Shania do? She hasn’t asked me, but if she did, I know exactly what I would tell her," he wrote. "I would tell her to return the Gold Medal at once, along with her sincere thanks for the opportunity to compete, her heartfelt congratulations to the actual winner, and her steadfast resolve to come back next year and kick some serious ass."

"The whole point of SkillsUSA, is to better prepare kids for opportunities in the skilled workforce. But employers today are looking for more than skilled workers - they’re looking for workers with character," he continued. "Returning a Gold Medal she’s entitled to keep in an age where everyone expects a trophy, is a mark of character. Shania will have other opportunities to win all sorts of awards, but she’ll never have a better opportunity to distinguish herself among her peers and potential employers. I hope she takes it."

After the uproar over the SkillsUSA competition went viral, Clifford was given an invitation to compete in the Mason Contractors Association of America’s convention next year.